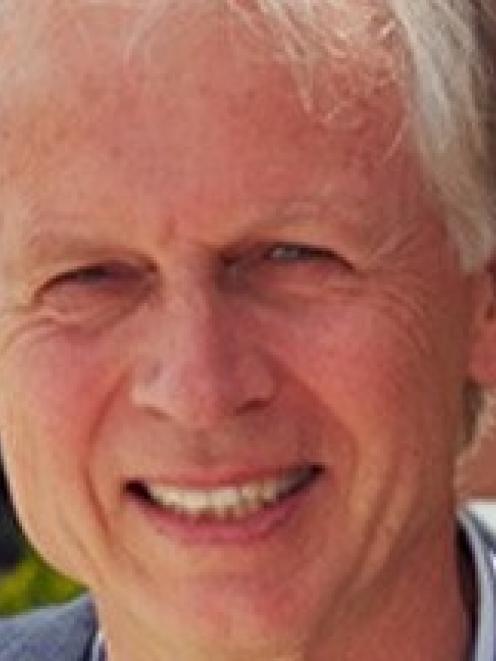 Alastair Porter.
Developer Alastair Porter estimates between 3000 and 4000 apartment units could be built within the Remarkables Park town centre zone in the future.

Those residential units would be offered for sale when completed.

He is also in negotiations with "quite a number of parties'' for residential development, primarily focused on the rental market.

"We don't believe that doing ... affordable housing and then selling it into the market, albeit at below market price ... is a sustainable [approach].

"It's affordable for the first buyers.''

"We're delighted that the people who bought it off us have done so well out of it ... but we cannot afford to keep doing that.''

Instead, the company had turned its attention to selling land to sub-developers for apartment blocks, with a covenant over the land to protect units from being sold.

The apartment complexes would possibly be managed by the sub-developers, he said.

"We've got at least three groups of people - I just spoke to one about five minutes ago - who are very keen.

"I'm not telling you it's easy, but rental accommodation does have good cash flow, so we're very keen on that.''

In estimating between 3000 and 4000 apartment units could be constructed within the town centre zone, Mr Porter said there was a possibility the company would seek to breach the height limit to "get more density in''.

"We haven't done that before, so I'd be interested to see what the council thinks, but since they're keen on affordability, I would hope that they'd welcome it.''

While the Queenstown Lakes District Council had recently mooted the possibility of taxing those deemed to be land banking, Mr Porter said that would not help with the housing issues in the resort at present.

"We could develop all of this land at Remarkables Park if we wanted to, just by selling it off as single family homes and we would be pushed to get in, probably, 400 houses if we did that,'' Mr Porter said.

"If we develop it into apartments we could get, as I say, three to four thousand.''

Mr Porter said the Queenstown Lakes Community Housing Trust was interested in being given land by RPL, but "the trust aren't the only people who can do affordable housing''.

"Look, I absolutely commend them for the work that they're doing, but that formula doesn't work for us.

The move was welcomed last night by Clutha-Southland MP Todd Barclay, who told the ODT it would be a "fantastic addition'' to the Wakatipu.

Mr Barclay said it was likely many in the community would welcome any effort to regulate future use of apartments which would also go some way to providing certainty for employers and staff in the Wakatipu.