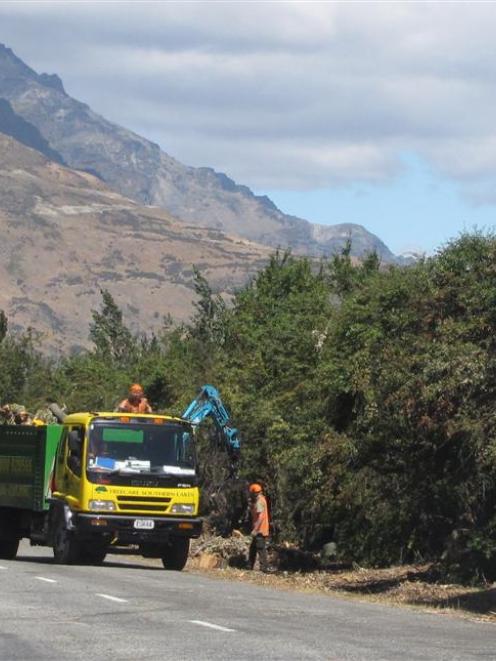 Contractors from Treecare Southern Lakes work to fell Lombardy poplars along Lower Shotover Rd yesterday. Photo by Tracey Roxburgh.
Funds will be set aside to investigate and remove potentially dangerous trees on rural roads in the Queenstown Lakes area.

The council this week agreed to allocate $10,000 a year for the next three years to investigate potentially unsafe trees along the roads, and a further $30,000 a year to fund the removal of trees deemed unsafe and the planting of replacements.

But the council recognised the funds would not be enough to investigate all potential threats from decaying trees.

QLDC parks manager Gordon Bailey told the council it would cost about $200 per tree to investigate its stability and health, allowing for 50 trees to be investigated per year.

Mr Bailey also suggested keeping the expenditure under roading in the council budget and seeking subsidies from the New Zealand Transport Agency under the work category of "preventive maintenance". 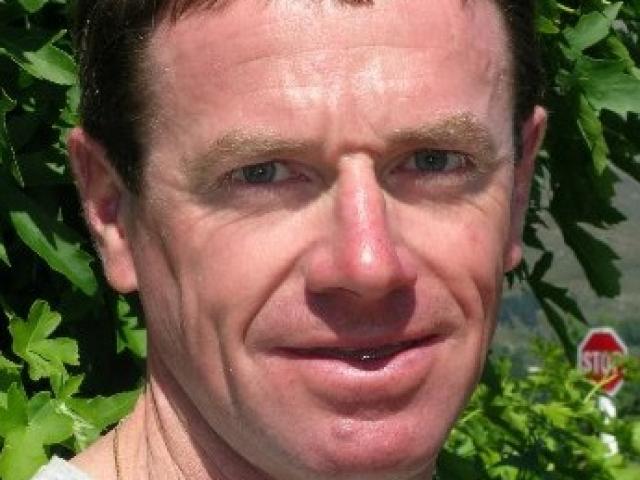 Gordon Bailey
"We have not got unlimited funds, and cannot investigate all trees in the area, so we will be dealing with this matter on an ad hoc basis, focusing on the roads with the highest usage," Mr Bailey said.

At the council meeting, Cr Lyal Cocks questioned the need for replanting.

"I do not understand why we even plant trees along the roads. We already have plenty of trees in the district," he said.

Mr Bailey presented a statement from solicitors Macalister Todd Philips law firm showing the council was responsible for all trees on road reserves, unless a licence to occupy existed, in which case the occupant was responsible for the maintenance of trees.

This prompted Mr Bailey to recommend the council be more vigilant with issuing licence to occupy agreements.

The council decided to review its tree policy to adequately consider the issue of trees on rural roads, and to prepare a tree succession plan based on the review.

A working party consisting of Crs Gillian Macleod, John R. Wilson and Leigh Overton was selected for the task.