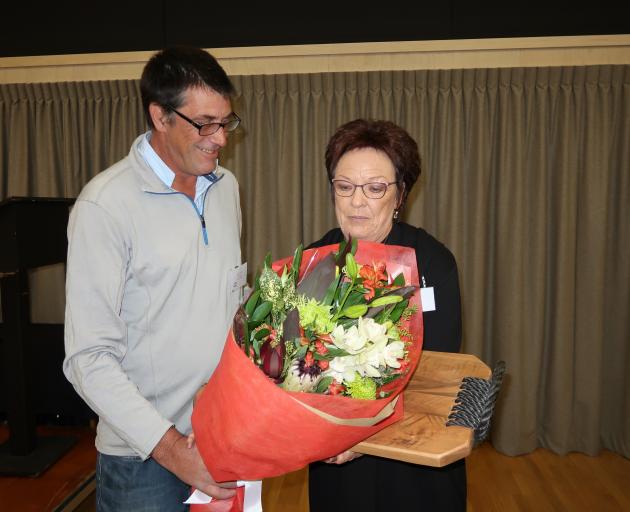 At last Friday’s opening function for its 30th jubilee, the club’s Jim O’Malley bestowed a posthumous life membership on “the late, great” Ewen ‘Uge’ Edgerton, an honour accepted by his widow Sue.

Ewen, who died suddenly of a heart attack 10 years ago, played an instrumental role in the re-formation of the club in 1989.

He came out of retirement to play, and also assumed, variously, the roles of coach, delegate, president, manager and major sponsor through his building company, Edge Construction.

O’Malley said: “From all accounts he was often the leader of the entertainment committee, and word is that the toughest part of the rugby week was getting through the Sunday session when Sue and ‘Uge’ would often play hosts.

“‘Uge’ loved the underdog status that came with that Arrowtown-Wakatipu split, and brought great spirit and energy to the club, something that lives on to this day.”

He was also the driving force behind the club’s new $2.35 million community centre clubrooms at Jack Reid Park – a 12-year-long project.

Till last weekend, Spark’s wife Lisa Spark, the club’s long-serving secretary, had been the only life member.