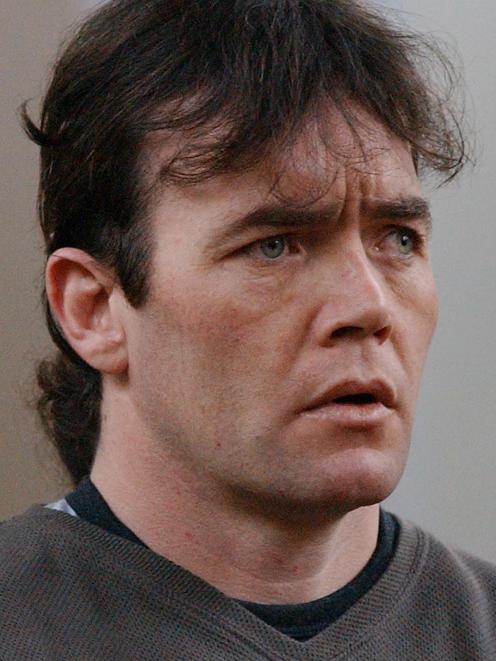 Jarrod Mangels
Murderer Jarrod Mangels (46) has been denied a chance at freedom for the sixth time, 15 years after his conviction for strangling his Arrowtown neighbour many years earlier.

Her murder went unsolved for 16 years until 2003, when advances in DNA technology matched Mangels' DNA to that found under Ms McKinnel's fingernails.

He initially pleaded not guilty during his High Court trial in Invercargill in 2004, but later changed his plea to guilty.

He was sentenced to life in prison, with a minimum non-parole period of 10 years.

He sat before a parole board last month.

In its decision this week Judge N MacLean said the board declined him parole because the risk to the public would be too great if he was released to the address he proposed.

Mangles is in Christchurch Men's Prison now, but he wanted to be transferred back to the Otago Corrections Facility where he began his sentence and work on a dairy farm there.

He then wanted to be considered for release to an address which was withheld in parole documents where he had some support and the prospect of being able to commute to work at a dairy farm yet to be organised.

The board was concerned he was displaying an "inflexibly rigid approach" to alternatives that could accommodate concerns of the victim's family.

They said they did not want his release to be in Dunedin or south of the city.

A previous board decision said Mangles consistently claimed to have no memory of the murder, possibly because of alcohol and drug use from an early age and a serious head injury sustained in 1998.

The current board said the family could not understand how he could claim to have a "complete loss of memory" about the events.

They were also concerned he would revert to drug abuse if released.

The board was told Mangles was still at times "coming across as gruff" or aggressive in manner if frustrated or confronted.

"The ball is largely in Mr Mangles' court. We suspect that the necessary change in attitude may take some time for Mr Mangles to get to grips with. We may be wrong on that. We hope so."

Mangels was arrested in Nelson on a disorderly behaviour charge in January 2003, and agreed to a provide voluntary blood sample.

DNA testing proved he was four billion times more likely than any other person to be the one who left material under Miss McKinnel's fingernails.