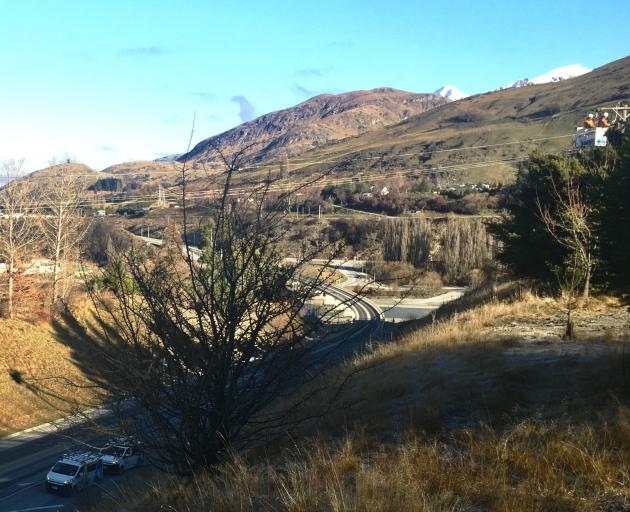 The incident resulted in widespread power outages, including to The Remarkables skifield, and the closure of State Highway 6 for about two hours, which led to traffic chaos across the Wakatipu Basin.

A police media spokeswoman said emergency services were advised about 8.45am power lines had "sparked and come down on the bridge".

However, an Aurora spokeswoman said the exact cause might take some time to determine.

The bridge, between Frankton and Ladies Mile, was closed until about 11am and traffic management was in place on either side, at the Stalker Rd roundabout and the turn-off to Tucker Beach Rd.

Traffic was diverted through Arthurs Point, via the one-lane Edith Cavell Bridge, while the NZ Transport Agency helped with the phasing of CBD traffic lights to help keep traffic moving.

By noon, 247 customers were still without power, but all had been restored by midafternoon.

The Remarkables ski area manager Ross Lawrence told the Otago Daily Times five staff were on chairlifts when the power went out, undertaking familiarisation before the ski area opening at 9am.

"We have a process for getting them off the chair — we could have evacuated them by motor, but they used their own abilities to descend," he said.

The ski area was on hold until 10.10am, when power was restored, and some people were diverted during that time to Coronet Peak.

While The Remarkables could have run on its own generator, that would have been "a limited operation".

"We had a full house of people here dying to get out and in amongst it ... luckily the power came back on just before we switched [power] over," Mr Lawrence said.