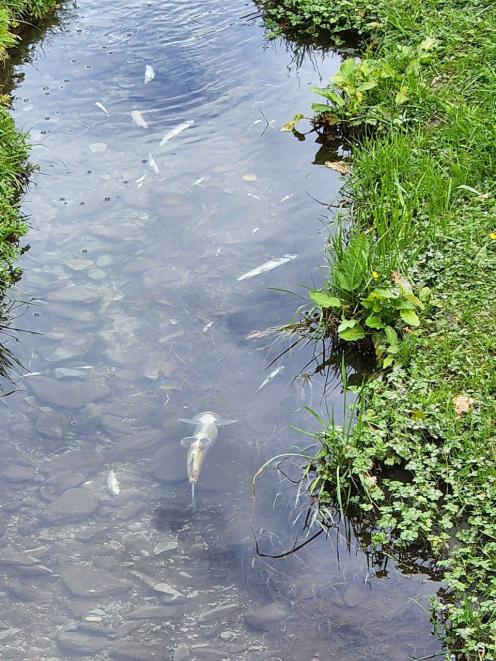 Up to 150 fish were found dead in Horne Creek at the start of the month.PHOTO: MOUNTAIN SCENE
An investigation into what killed up to 150 fish in Queenstown’s Horne Creek earlier this month continues, and results from water testing are expected back later this week.

After responding to a report from the public, the Otago Regional Council’s pollution team found 130-150 brown trout and one native galaxiid dead in the creek on May 1.

Council compliance manager Tami Sargeant said water quality samples were taken from two locations along Horne Creek and sent to Christchurch for analysis, and fish carcasses were being held at ORC’s Queenstown office should they require testing.

She said results could take longer given it was not possible to test for specific chemicals.

"Possibly testing would be quicker if we knew the source of pollution or pollutant, but the tests being done are all standard tests," she said.

The stream ran through a mix of rural and industrial zones, and a chemical discharge into the waterway was a possible scenario for the deaths.

"Lower down it passes through residential and commercial areas," Ms Sargeant said.

The incident is not the first time the waterway has been contaminated — in November 2015, a still-unidentified pollutant was discharged into Horne Creek killing 50 juvenile fish and last August the creek turned neon green after plumber’s dye was poured into it as a prank.

While no further fish deaths had been reported since the start of this month, the council continued to urge anyone with information about the incident to contact its pollution hotline, Ms Sargeant said.