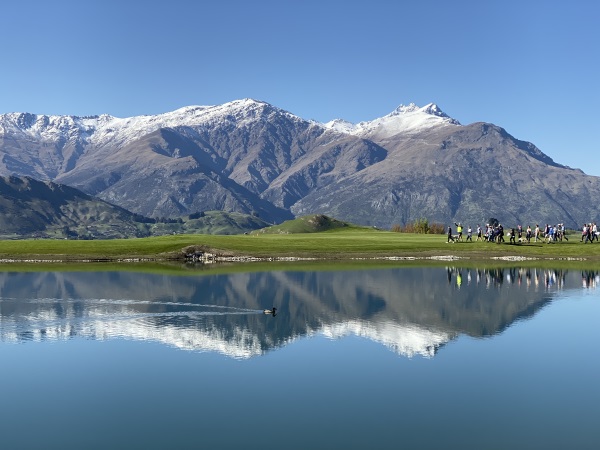 By the end of next month, all the grass for another nine golf holes will be sown, meaning they’ll be playable by spring 2021.

And building platforms for 42 house lots are also being finished, with marketing starting next March/April.

Developing what’s now known as Mill Farm, on Millbrook’s western boundary, has been a massive job.

The Japanese-owned golf course resort, which opened with 18 holes in 1993, got approval to buy part of Dalgleish Farm in 2014.

Property and development director Ben O’Malley notes about 15 excavators were deployed at one stage.

With summer underway, there are about 40 contractors on site on any given day.

“When it’s something we’ve envisioned for this long, it’s extremely rewarding to see it take shape and become a reality.”

Mill Farm has some very distinctive differences from the rest of Millbrook, the principal one being that more than 20ha will be kept as a working sheep farm, with paddocks fenced off from the rest of the property.

With one golf hole, you’ll even traverse a paddock.

An historic woolshed on site has been moved to a paddock adjoining Malaghans Road - it’s restoration’s nearly complete. 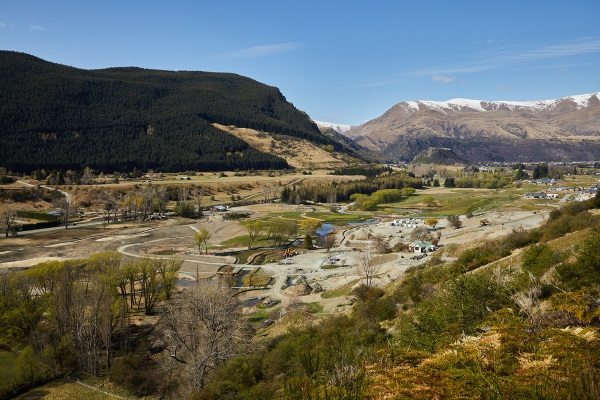 Spudding in: Development work on Mill Farm’s lower reaches.
O’Malley says the farm acts as a land management tool, because there’ll be areas of grazing that are too steep to mow, or inappropriate for housing or golf.

An historic cottage is also being restored and extended with a sympathetic design to make a new home, on a large lot, which will eventually be for sale.

Perhaps the most picturesque feature is a 30-million litre irrigation lake, which follows work to relocate Arrow Irrigation Scheme pipework that ran across the land.

With a jetty jutting out, it’ll likely be a photographer’s dream.

Mill Farm incorporates two high-end neighbourhoods - The Grand Terrace, on an upper plateau, which will have 24 home sites, and 18 lower Willow Glen sites.

They’ll overlook Mill Creek, which has been widened with enhanced wetlands for birdlife.

Arrowtown golf designer and former pro Greg Turner has again paired up with Scotland-based associate Scott Macpherson to design the nine-holer - they designed the neighbouring Coronet Nine, which opened in 2010.

O’Malley: “Greg thought he had a lovely piece of land to work with on the first Coronet Nine, but this is pretty spectacular.

“The course plays through impressive ice-sculptured canyons and valleys, transitioning through a grazed paddock before returning alongside Mill Stream. The typology of the land and clever design means that on many of the holes, houses are hidden from view.”