The Queenstown Airport Corporation’s (QAC) statement of intent was approved by the Queenstown Lakes District Council yesterday, despite several councillors expressing their continuing dissatisfaction with the document and the process behind the decision.

That diversity of opinion was reflected among the eight members of the public who spoke on the topic earlier in the meeting.

The SOI is an annual document produced by the council-controlled trading organisation — of which the council owns 75.01% — that sets its strategic direction for a three-year period.

The one presented to councillors yesterday says the QAC will not seek to expand air noise boundaries at Queenstown Airport, nor progress plans to develop Wanaka Airport, until June 30, 2023.

Uncertainty caused by Covid-19 means Queenstown Airport is not expected to reach existing air noise boundaries for "many years", the document says.

QAC deputy chairman Simon Flood told councillors there was "a balance to be struck", and the board and the company’s executive team were committed to getting that balance right.

The company’s direction after mid-2023 "comes down to consultation", Mr Flood said.

Councillor Penny Clark said she supported the SOI, and was "fed up" with the process.

"Can’t we just get on with this?

"We’ve got to move forward ... we’ve got to look after this airport."

Cr Niki Gladding said the SOI remained "permissive in its nature and scope", and the council was "abdicating its responsibility" by agreeing to it.

Cr Gladding and Cr Quentin Smith voted against adopting the SOI, while Cr Gladding was alone in opposing an amended motion that the terms of reference for the council’s QAC steering committee be reviewed within the next three months.

There was unanimous support for a new motion, put by Cr Niamh Shaw, that a draft statement of expectations for next year’s SOI be considered for adoption by March 4.

During the public forum,

flightseeing company operators James Stokes and Hank Sproull said Queenstown Airport was essential to the success of their industry and the district’s economy, and urged councillors to support the SOI in its current form.

We Love Wakatipu chairwoman Cath Gilmour said council and QAC lawyers had told a High Court judge last month the council had "total control" over QAC through the SOI and its majority shareholding.

"This is a quantum shift in the legal advice given to councillors by the mayor, council’s executive team and QAC to date, who have all stressed QAC’s purpose was profit and councillors’ role limited to tinkering on the edges."

Kelvin Peninsula Community Association chairman David Mayhew said the council needed to "reiterate its determination" QAC operate with its existing established noise boundaries, and that it should not wait until mid-2023 to do so. 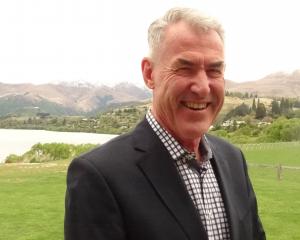 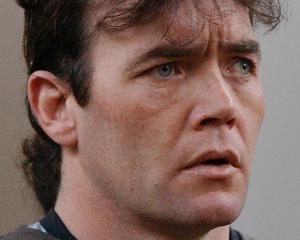 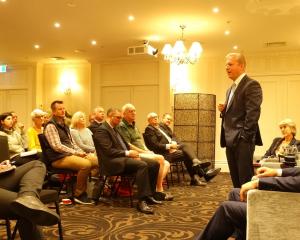