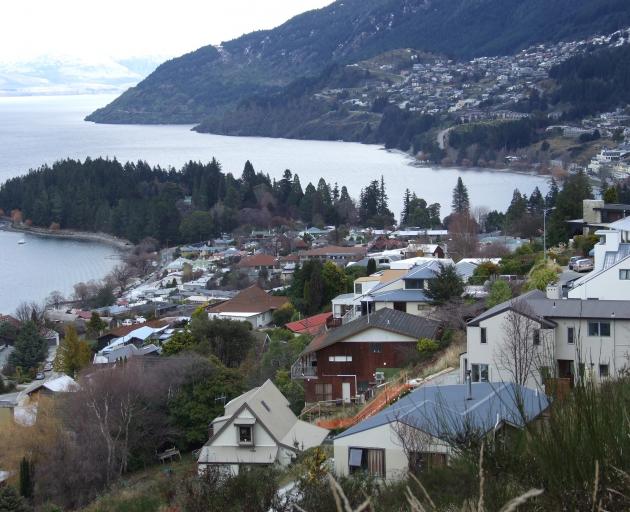 Ministry of Business, Innovation and Employment figures showed the average weekly rent in the Queenstown Lakes District reached $651 last December, making it the most expensive in the country.

The figures, based on data gathered from bonds submitted to Tenancy Services, showed rent levels fluctuated throughout the year and rose as people flocked to the resort for the busy winter and summer seasons.

Queenstown Accommodation Centre (QAC) managing director Allan Baillie said the prices of some rental properties in the resort in the past 18 months "surprised me greatly".

"I believe there are landlords that will take advantage of the fact that we have a shortage of accommodation in Queenstown.

"I have seen houses with caravans on their lawns.

"I have seen landlords throw 30 people into a seven-person place."

The figures for Queenstown in December soared above both North Shore and Auckland, which had an average weekly rent of $612 and $579 respectively.

Queenstown's average weekly rent passed the $600 mark for the first time last May, reaching $626, and peaked at $637 in September.

Rooms for rent in the resort for a single occupant were usually advertised on social media pages for anywhere between $180 and $350. Prices fluctuated, depending on the property.

A three-bedroom house in Frankton was being advertised on one of the pages yesterday for $850 a week.

Mr Baillie said rent prices were set based on the market rate but that landlords set the desired amount.

If QAC viewed the rent price as above the market rate, the property concerned would be advertised stating that the price had been set at the landlord's request.

"We have lost management recently by saying to landlords `you are charging too much' and the landlords have said we `side with the tenant'."

The resort's average rent was more than the take-home pay of an adult working on minimum wage, who would earn $660 before tax for a 40-hour week.

Full-time mother Destiny Harpur (31) and her family decided to move to Athol last year, after rental costs became unbearable in the resort and buying a property there was unrealistic.

"Rent for us was like my husband's whole wage," she said.

"The condition wasn't great and we still paid a ridiculous amount."

Mr Baillie added that he did not think average rent prices would increase further over the next year and hoped suburban housing developments in the area would slow price increases.

Queenstown Lakes Community Housing Trust executive officer Julie Scott said the figures reflected "what we are seeing on the ground".

"It's not going away, too. The problem is getting worse."

The trust had 583 households in the district on its waiting list for assisted rental properties.

Queenstown Mayor Jim Boult said he was "not surprised at all" by the figures.

"It's probably one of the greatest challenges we have in the district.

"If you are a school teacher or policeman, how do you afford to pay that level of rent?"

He said the council was working hard to tackle the issue and planned affordable housing developments in the area were part of the solution.