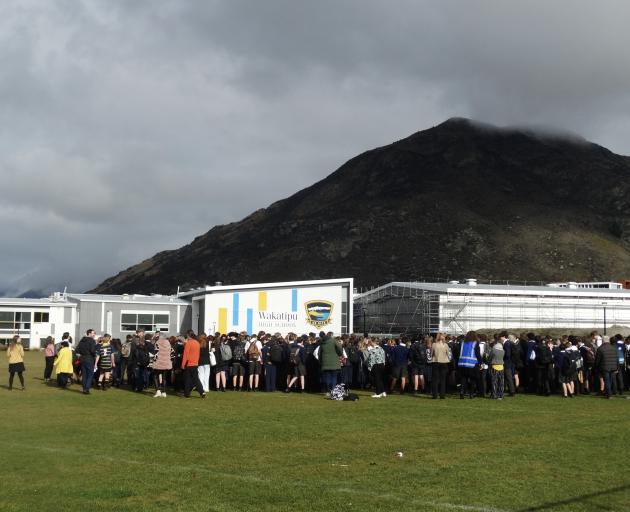 Emergency services, including Fire and Emergency New Zealand, have attended the callout at Wakatipu High School and pupils were evacuated on to a nearby field.

In Oamaru, two police cars were parked outside Waitaki Girls' High School about 1pm. No-one could be seen in the school grounds.

In Alexandra, a bomb threat at Dunstan High School saw a full school evacuation, with police conducting a school-wide assessment and search for any suspicious items.

Pupils returned to their learning after police searched the school and concluded there was no threat.

In an email to parents after the incident, Dunstan High's deputy principal Todd Adams said the threat was taken seriously and the school engaged it's emergency procedures.

"This unfortunately is in line with a number of similar incidents which have been occurring across the country this week. However, the school will remain vigilant in our responses,'' he said.

Wakatipu High evacuated its premises for about 80 minutes after receiving a threat around 11.30am.

An email sent to parents and caregivers said the evacuation was due to a call containing a bomb threat, which was automated and from an overseas number.

Police advised the school there had been over 20 such calls to schools around the country as well as others in recent days.

Classes at the school resumed after it was decided the call posed no credible threat, the email said.

A spokesperson told RNZ "the kids were fantastic", but the incident had been disruptive to the school day.

A statement released by police said inquiries were under way in relation to threats at several schools, including ones in Masterton, Kaikoura, Greymouth, Queenstown, Levin, Whanganui, Rolleston, Takaka, Geraldine, Dunstan, Ashburton and Palmerston North.

Meanwhile, this afternoon Marlborough Girls' College in Blenheim has gone into lockdown and other schools in the area have voluntarily locked down.

The public have been asked to avoid the area.

The threat was not believed to be linked to threats toward other schools made this week, police said.

In reference to the earlier threats, police said they were being taken seriously but they did not believe there was a safety risk at this stage. 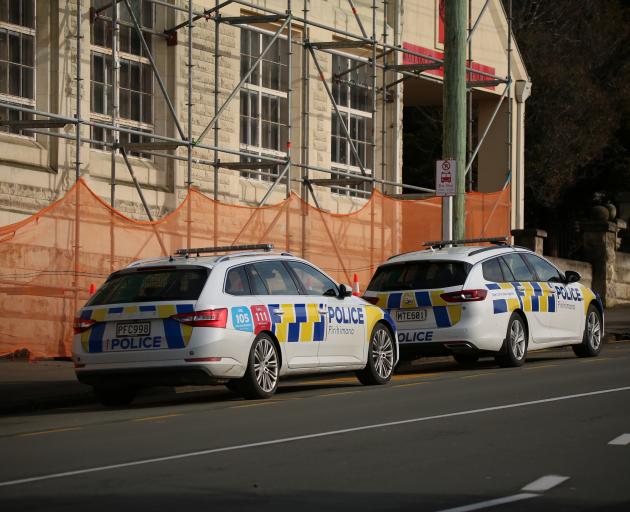 Police outside waitaki Girls' High School in Oamaru. Photo: Rebecca Ryan
Officers were making inquires to determine the source of the calls.

The schools involved were thanked for following their emergency procedures, as were the wider school communities for their co-operation, the statement said.