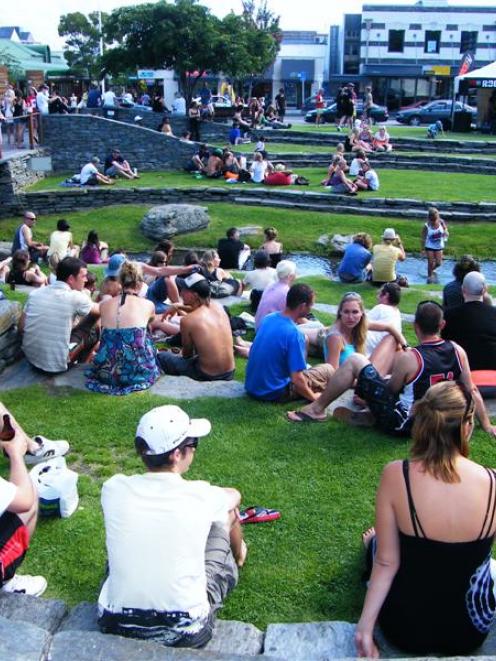 About 300 people enjoyed the free eight-hour event on the Village Green and in surrounding bars.

The event featured a line-up of Wakatipu talent, including the Flaming Drivers, Eddie Ledderhead, the Skitzofrantiks, the GCs, the Vigilantes, Intergalactic Disco Movement and the Lynch Mob.

Individual donations in charity buckets ranged from $2 to a cheque for $200.

The bars surrounding the green permitted volunteers to approach their customers with buckets in hand.

"One hundred percent [of donations] goes to Haiti, not to the running of the event or administration.

The money will be channelled through the Haitian Red Cross and spent on the continuing medical and sanitation projects, which are big priorities."

More than $11,200 has been given to Project Hearts and Hands for Haiti - an Oamaru-based emergency relief initiative to help earthquake-stricken Haitians - in the first week since its launch.

Project HHH is headed by Robyn Couper, who is back in New Zealand after working as a missionary in Haiti for 33 years.

The project, aimed at giving long-term assistance, will target Cap Haitien, where she was mostly based and the city where refugees from the devastated Port-au-Prince have gone to look for medical treatment and aid.

Inquiries about the project were coming every day and from as far afield as Australia.

The objective of Project HHH to plan for the "second wave" of medical needs was being strongly endorsed in letters from civic and health leaders in Cap Haitien.

Inquiries from and to potential personnel for the project had begun.

Work was under way on the administrative and travel processes, Mr Albiston said.