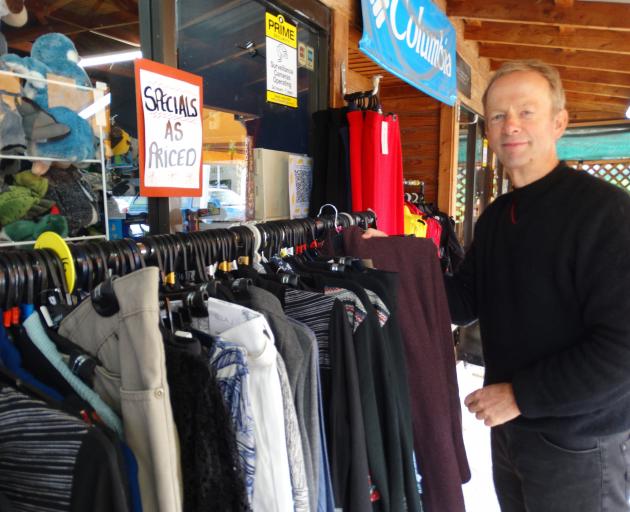 There were signs that domestic tourists were starting to return to the likes of Kurow, Otematata and Omarama over the weekend, with a handful of camper vans and caravans parked outside the usual eating and shopping spots in all three towns.

While traffic on State Highway 83 was relatively light, GlenCraigs Clothing co-owner and former Waitaki District Council Ahuriri Ward councillor Craig Dawson said since Covid-19 Alert Level 2 came in visitors had made a beeline for Omarama, which filled him with optimism.

"It’s pretty positive. People are saying there is people coming in and more Kiwis are travelling around. People love coming here ... it’s reasonably buoyant. We have always had a very highly Kiwi market."

Otematata Eatery, Bar and Lodge owner Brent Cowles said cancelled accommodation bookings had taken a financial toll on his business — in the region of $250,000 — which was tough to swallow heading into the winter season.

Restrictions on numbers of people allowed at gatherings had also had an impact.

However, he too was confident business would pick up as alert level restrictions were further loosened and domestic tourists returned.

"We are starting to see some of that tourism come back. There is certainly optimism people are going to be moving more, but again, it’s about the numbers.

"We are very lucky to be in Otematata, to be fair. We are starting to see a lot more people use their holiday homes at present, so if that keeps up over winter, it will help the winter trade."

In Kurow, Wild Sage cafe owner Jane Crashley said people visited her cafe from Wanaka over the weekend, as had a good number of day trippers from Oamaru.

However, she was concerned the "novelty" of being able to go to a cafe would wear off and said domestic tourism needed to be marketed in such a way that it attracted people to Kurow specifically.

"How do you market to New Zealanders? We have been reliant on people from overseas. That is what I would like to know."

Despite that, she said she was "pretty optimistic" about the future.