Search and rescue personnel gather at the Catlins SAR headquarters in Owaka after finding the bodies of two missing divers at Purakaunui Bay yesterday. PHOTOS: PETER MCINTOSH/SUPPLIED
The two South Otago friends who died while diving for paua in the Catlins at the weekend were "in their element" family members say.

The Otago Daily Times identifies the deceased as Mitchell McPhee (23) and Malcolm Ward (51), both of Balclutha, after receiving permission from their families.

Following a search of 20km of southern coastline, about 10am yesterday members of the police national dive squad retrieved the men's bodies from the ocean close to Ward Rock, a small bluff at the southern end of Purakaunui Bay, in the Catlins. 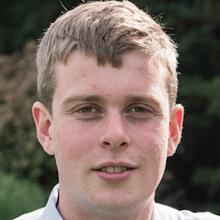 Mitchell McPhee
The men's families were informed by police shortly after.

The discovery followed a 36-hour search involving more than 30 volunteers, after the men failed to return home on Saturday night.

The "mates" had struck up a friendship after working together at Silver Fern Farms' Finegand freezing works near Balclutha for the past three years. They shared a love of the ocean and outdoors.

Both men had experience paua diving, and Mr McPhee had been honing his skills with older, more experienced divers like Mr Ward during the past two years, his sister Lauren Buckingham, of Waimate, said.

"He loved being in the ocean, ever since he was a little boy down the family crib in Kaka Point.

"He'd give everything a go, and give it full throttle.

"That was just his approach to life."

She described Mr McPhee as a "lovable, mischievous" person. 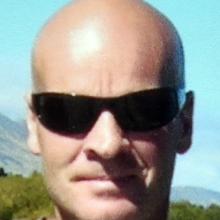 Malcolm Ward.
"Loyal was the biggest word for Mitch, with a huge heart.

"He loved his friends and family and would do anything for them.

"He'd give you the shirt off his back if you were in need of any sort."

Mrs Buckingham said she had once been inspired by her brother's adventurous spirit to give sky-diving a go.

"Afterwards I told him what I'd done, thinking he'd be proud and a bit surprised I'd tried something he hadn't for once, but he just said, `Oh yeah, I did that with my mates last year.'

"That was Mitch all over."

Former forestry worker Malcolm Ward's love of the water was also forged during his childhood summers in a Catlins crib.

Mr Ward's sister, Karen Ward, of Omarama, said she and her siblings had spent their formative years at Maclennan, near south coast holiday resort Papatowai.

When not out "spearing flounder", they would be "messing around in the rubber duck" - an inflatable dinghy owned by the family.

"He was an all-round outdoorsman, and loved doing anything practical or bush-related."

"He'd pull your leg, but at heart he was a soft soul - like a giant teddy bear who was always ready with a hug.

"He was in seventh heaven when he married Deana."

His years in forestry had also left him with an enduring love of wood and woodwork, Mrs Ward said.

"He was always making furniture, and don't even ask about his firewood.

"Nothing was too much trouble for him if you needed help with a project. We called him the 'king of wood'."

She said Mr Ward was not only familiar with Purakaunui Bay, but highly safety-conscious, having been a chainsaw operator for many years.

"It's just a mystery how they came to grief out there."

Both families expressed their gratitude for the volunteer search effort, and for the support of neighbours and friends.

Search co-ordinator, Senior Constable Murray Hewitson, of Owaka, said the discovery of the men's bodies yesterday morning was a bittersweet conclusion to the operation.

"t's a result for the families, but not a nice result.

"However, there is nothing worse than not finding anyone."

He said it was too early to speculate on what had happened, and investigations would continue.