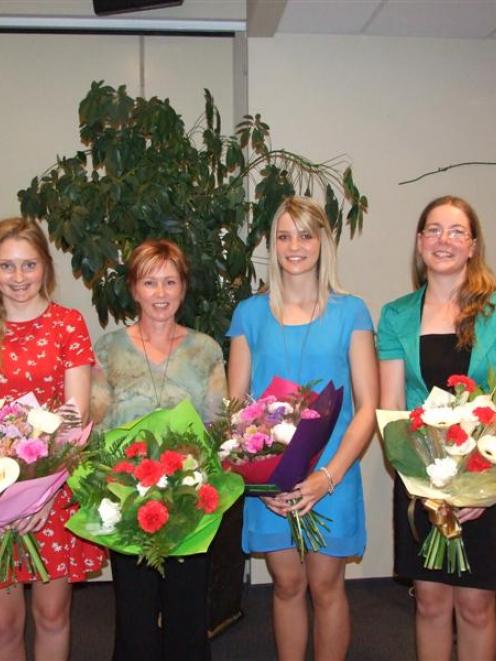 Caitlin Gouman, Jessica Gunn, and Holly Johnstone will each receive $1000 per year of study, up to $5000.

Sandra Whitaker was awarded $1000 towards her second year of nursing studies at the Southern Institute of Technology.

Thirteen people applied for the scholarships this year.

Clutha Health First initiated the scholarships in 2008 to encourage Clutha people to consider careers in the health sector.

Clutha Health Incorporated, which owns and manages the hospital buildings in Balclutha, reported an operating surplus of $238,622, down on the previous year's surplus of $284,759.

The 10-person board is made up of five elected from the community, three by the facility, and the Clutha District Council and local iwi each appoint one person.

Mr Jones, who was a member of the building committee, said that the recent hospital renovations were a success.

The committee signed off the final figure for the upgrade - $2.601 million. The five-stage upgrade was the first since Clutha Health First since the centre opened on December 1, 1998.

Tony Dunstan and Paul Menzies were appointed to the Clutha Community Health Company board.

Last night, Dr Jim Collins was also recognised for his 50 years as one of Balclutha's GPs.

He was the last GP to have a practice in Balclutha outside of Clutha Health First, and his surgery closed its doors at the end of August.

Clutha Health Inc board member Hamish Anderson thanked Dr Collins, saying he could reflect ''on a job well done and a community and patients well taken care of.''