'Drags' a draw for speed enthusiasts 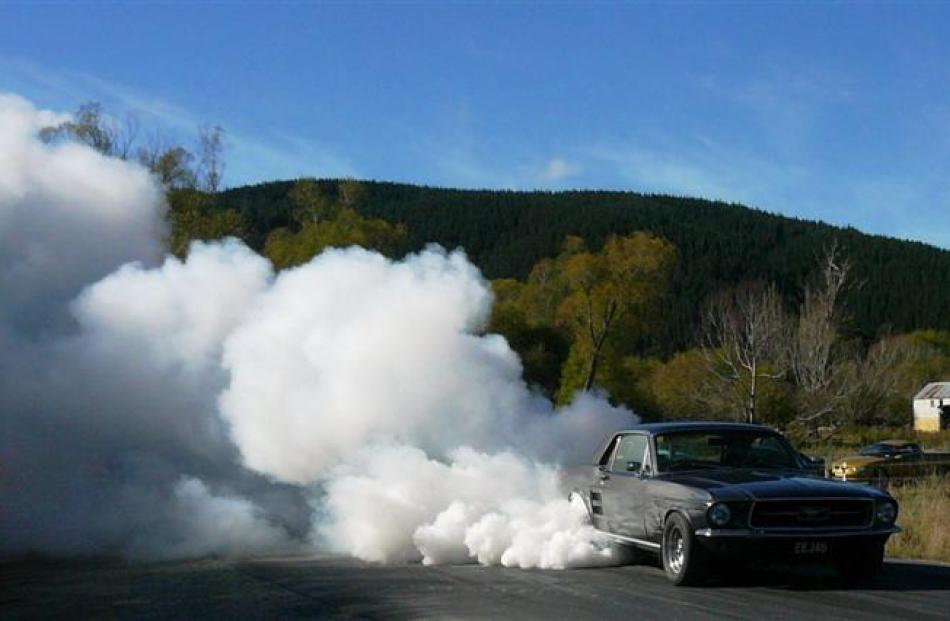 A Mustang creates a plume of smoke at the Lawrence quarter-mile sprints last year. Photo by Kim Murtagh.

Speed enthusiasts will gather in Lawrence tomorrow for the annual quarter-mile sprint.

Although dubbed the ''Lawrence quarter-mile drags'', the event is actually a sprint, as each car races 402m (440 yards) solo down the Wetherstons straight in a bid to record the fastest time.

The 9.4sec course record was set about seven years ago.

Entries are lower this year, but drivers had until today to register, Mr Bazley said.

The quarter-mile event is signposted at both ends of Lawrence. Spectators can park in the rodeo arena, then walk across the bridge to the banks overlooking the ''drag strip''.

A prizegiving will be held at the Lawrence Golf Club and trophies awarded for the five categories - open V8, V8 speedcar, six cylinder, four cylinder, and turbo.

Senior Constable Robert Wallace, of Lawrence, said the event should be a ''good family day''.

All money raised at the event goes to local emergency services.

If it is wet, the quarter-mile will be held on Sunday.