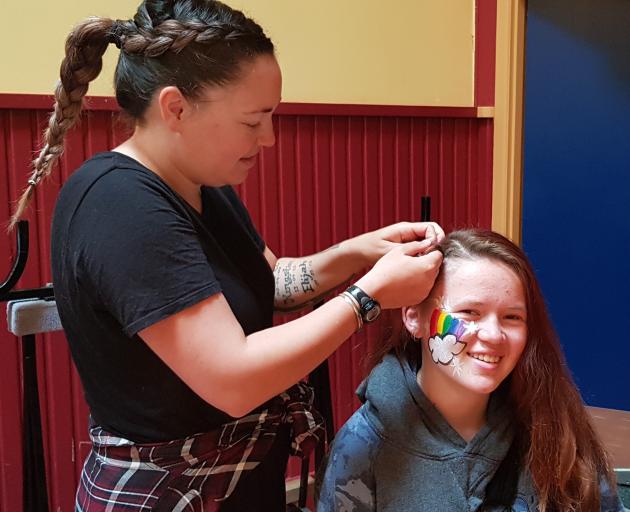 Members of the public were invited to come and enjoy a range of free ‘‘treats’’ and services provided by local volunteers, including haircuts, massage, health checks, nail treatments, yoga, clothing repairs, home baking and more.

‘‘We thought we might get maybe a hundred come along, but we must have seen between two and three hundred on the day. Our hairdresser was flat out for four hours and there was just a real celebratory atmosphere.’’

Given its success, the event would be repeated, hopefully becoming an annual fixture on the Milton calendar, she said.

‘‘Seeing the transformation as smiles grew on people’s faces through the afternoon was amazing. People couldn’t believe it was free, and that they could treat themselves to something they might not usually be able to budget for.’’

Alongside additional hairdressing volunteers, the event would also be seeking other individuals and businesses interested in giving their time and skills, Mrs Schiller said.

‘‘We’ve had a lot of people step up already, but we’re always happy to talk to more.‘‘