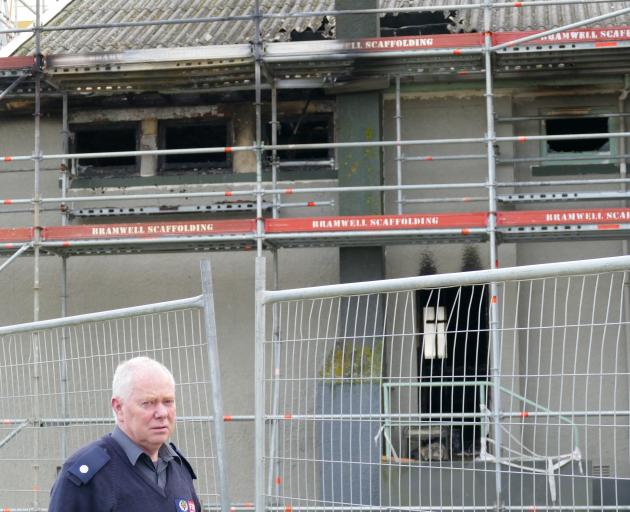 A "suspicious" blaze embroiled part of the Kaitangata War Memorial Hall in Eddystone St about 3am yesterday, the latest in a series of fires tackled by local firefighters in recent months.

Kaitangata Chief Fire Officer Kevin Sutton said the Monday night blaze was all the more serious as the building has an asbestos roof, and is under demolition at present.

He said contractor Andrew Haulage had lost a "significant" quantity of tools and materials in the fire, which would also halt the demolition due to asbestos concerns, creating additional hazard and expense.

The 64-year-old hall is owned by the Clutha District Council, which agreed to its demolition in 2015 after earthquake strengthening was deemed too expensive.

"It’s only through skilled teamwork and the quick action of our local firefighters that potential harm from a more serious fire was prevented."

Brigades from Kaitangata, Balclutha and Milton attended the three-hour incident.

Other recent fires in the town had targeted vehicles and a property.

He issued a warning to the culprits.

"With the addition of asbestos, this has put our teams at completely unnecessary risk.

"Just know we’re watching — we don’t need this sort of rubbish in our town."

"Council contractors had started specialist asbestos removal work as a precursor to the salvage of native timbers, new doors and historical items prior to the final demolition.

"There will certainly be a delay, and a new work programme will be required based on reports on the potential change in asbestos contamination."

Clutha Mayor Bryan Cadogan praised the efforts of volunteer firefighters, and appealed to the community.

"The recent arsons in the town are of serious concern, and I appeal to any member of the community to come forward if they have any information. This behaviour runs the risk of causing serious injury or worse."

Police are investigating the incident.