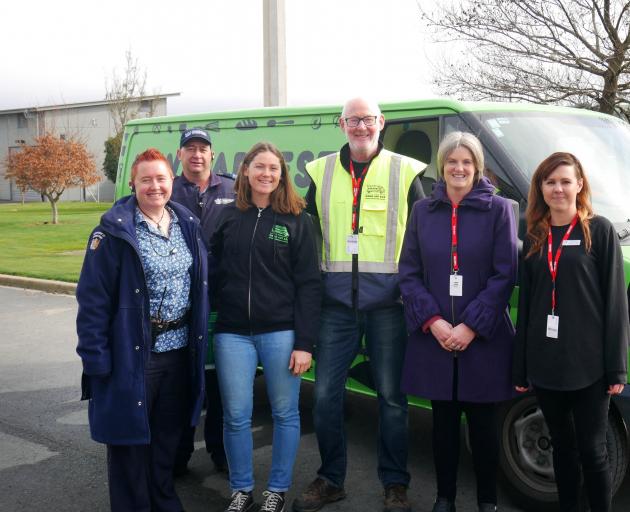 Social development initiative Project Bruce has partnered with Otago Corrections Facility (OCF) catering students and other community contributors to provide as many as 110 free school lunches daily to children at the town's four schools.

''We heard concerns there were children that didn't have enough to eat at school, and so were sharing food.

''Our aim is to make sure local schoolchildren have the nutrition to sustain them through the day and have the best chance to learn.'' 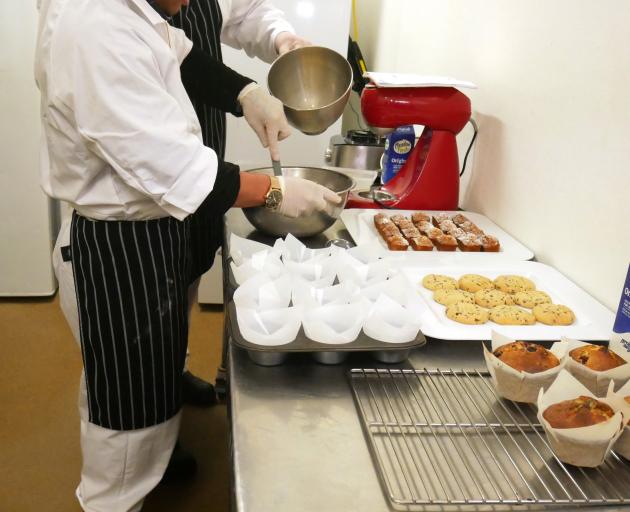 Otago Corrections Facility catering programme participants prepare lunches for Milton schoolchildren. Photo: Department of Corrections
''The scheme is non-judgemental and doesn't discriminate - we understand there are a thousand reasons school lunches can be a challenge for parents, and every child can try them out if they want.''

Teachers would monitor demand, and ensure the most needy had access to the scheme.

''It is a trial, but we expect the novelty to wear off for most kids pretty quickly. We're not too worried by the anticipated ongoing demand once it settles down.''

Ingredients were being supplied by a mix of nearby Otago producers and Dunedin ''rescue food'' distributor KiwiHarvest.

The lunches would be prepared in a separate area of the facility's commercial kitchen by qualified prisoners involved in OCF's catering and hospitality programme.

''The men are very enthusiastic about the opportunity to participate in this positive, meaningful community initiative.

''Many of them say they know what it was like to be hungry when they were a child, and feel this would have made a difference for them.

''One participant said it could have been the encouragement he needed to go to school, and wishes it had been an option for him.''

Mrs Schiller praised the ''attention to detail'' the facility had put in to the initiative.

''[OCF] has been very thorough. The project will be closely supervised and food produced to the highest safety standards. We're thrilled to be partnering with their team.''

''Feeding our Kids'' will run initially for a year as a trial.