Pillars loom out of Catlins mist 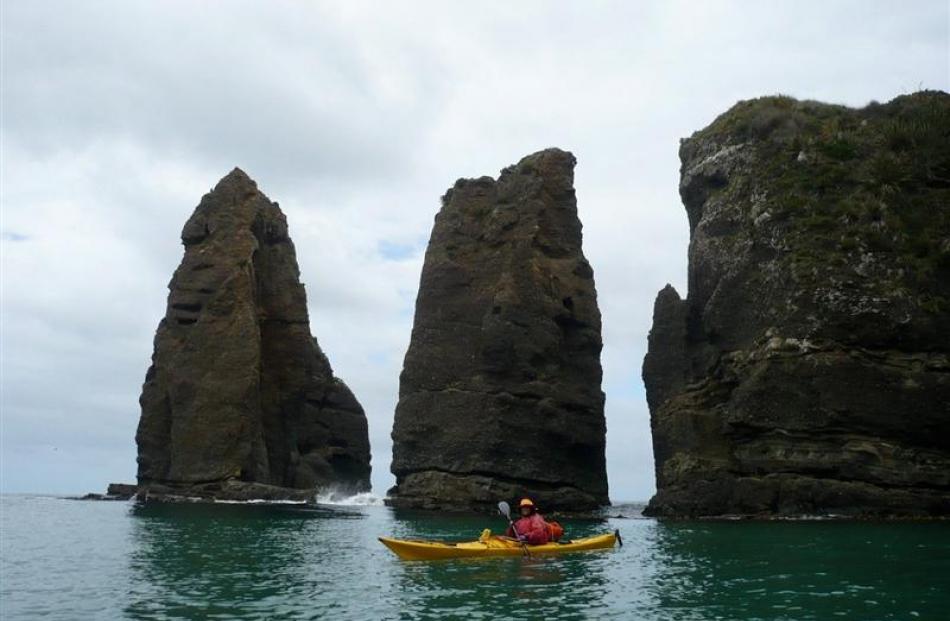 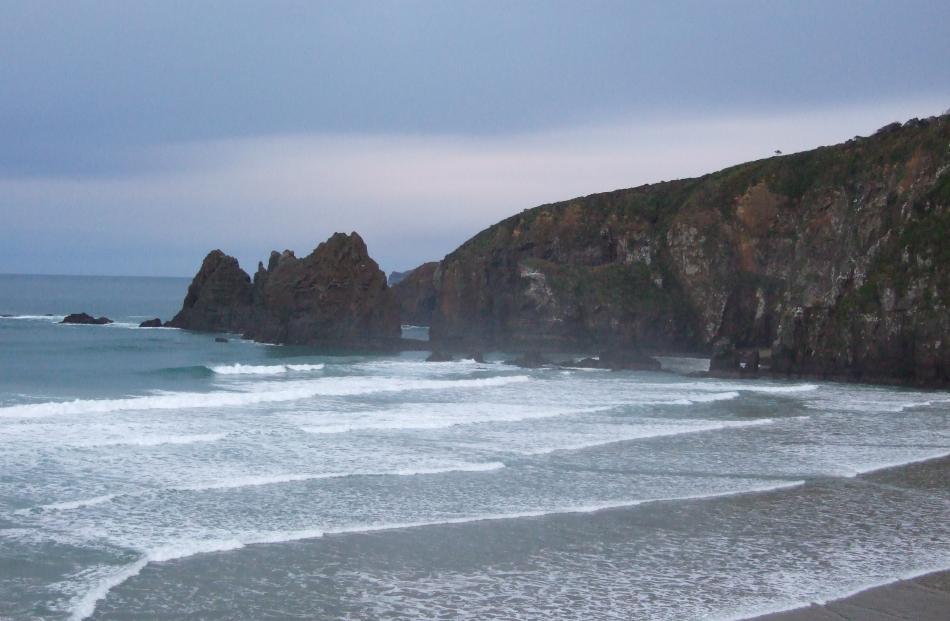 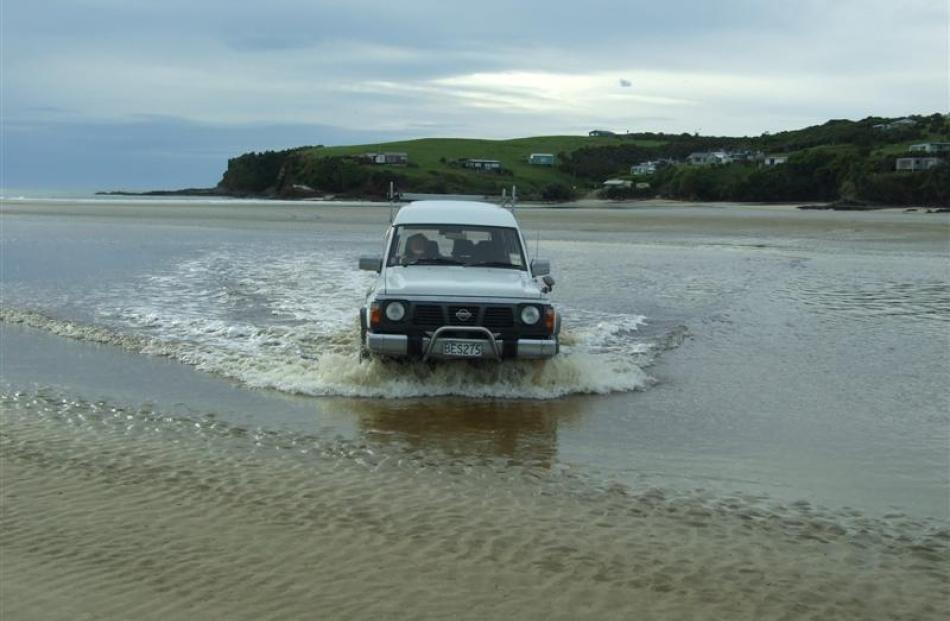 Access to the Tautuku Peninsula and the pillars is by 4-wheel-drive, tractor, or on foot at low tide, crossing the Tautuku River.

Tucked away on the Catlins coast is a hidden treasure - the Frances Pillars. Balclutha reporter Helena de Reus sees them with former Clutha district councillors Mary Johnstone and Jo Lowrey.

''We leave at 5.15am to make sure we catch the low tide. We'll meet you at the office before heading down to the Catlins.''

Not promising news for someone who is not a morning person, but when the appointed day dawns, this reporter is up at 4am.

My bag is packed, camera batteries charged, and dinner is in the slow-cooker. I am never this organised, so maybe early morning starts are not so bad after all.

Traffic is light on the drive into Balclutha. I arrive at our rendezvous point in the pre-dawn gloom. By the time we arrive at Tautuku Beach, the sun is rising and the tide is low enough for us to cross.

A four-wheel-drive vehicle is necessary to reach the Tautuku Peninsula, although some hardy souls wade through the Tautuku River.

Our driver, Jo Lowrey, finds the widest, shallowest point before crossing, and in no time we are on the other side, charging towards the ramp and up past the holiday homes which dot the coastline.

Fellow adventurer Mary Johnstone, who has been to the peninsula many times, remarks that the crossing is far more pleasant in a vehicle - she usually braves the cold and wades through the river.

Following a faint track in the grass, we reach the other side of the peninsula and can go no further. From here on, we travel on foot.

After a short grassy walk along the coast, there is a drop down to the beach, requiring clambering down rocks. Thankfully, there are two ropes to aid with the climb, and the three of us clamber down.

Much to my relief, my gumboots - practical for the mud and the beach, but not so practical for rock climbing - remain on my feet and my camera stays around my neck.

My batteries, on the other hand, are another story.

Halfway across Sweet Pea Beach, I notice my camera feels quite light. A quick check reveals the battery flap has come undone and the sole remaining occupant falls to the sand.

Thankfully, white batteries show up well against the golden sands, and a short time later they are safely returned to their proper place inside the camera, none the worse for wear after a quick dusting off.

Crisis averted, we turn our attention to the Frances Pillars.

Up close, they are breathtaking.

The pinnacles spectacularly showcase the conglomerate rock formation, which creates outcrops in various places in the Catlins.

They tower above the crashing waves in Lathyrus Bay, as the morning mists swirl around them, delicately shrouding them from prying eyes.

A hidden jewel in the Catlins' crown, there is little information published about the pillars.

Longtime Catlins resident and tour guide Fergus Sutherland says the Frances Pillars are believed to be named after a surveyor's wife.

They are well known to Maori, and also to the whalers who were based at Tautuku from the 1830s.

The best chance to get a closer look is by kayak, he says, and emails me a prime example in the form of a photograph.

The Florence Hill lookout offers a superb view of Tautuku Bay, and the pillars are visible as they jut above the peninsula flanked by stunning bush. At the lookout's information panels, they are awarded a brief mention.

The appearance of the Frances Pillars changes with the weather, so I hope to view them without their misty shroud on my next visit.