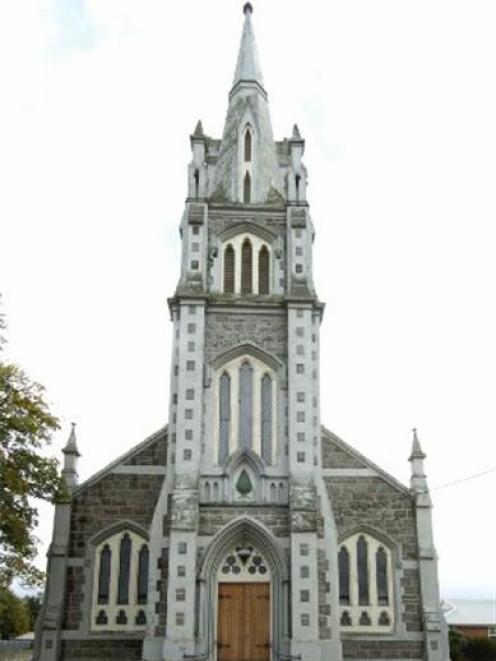 The Tokomairiro church at Milton. Photo by Gerard O'Brien.
A record 504 submissions supporting Tokomairiro Church in Milton has helped it receive category I registration with the New Zealand Historic Places Trust.

However, the man who made the one submission received against the registration warns the news could mean the parish council will "not be able to do a jolly thing" with the crumbling church, which is more than 100 years old.

Trust Otago/Southland area manager Owen Graham said both landmarks had considerable heritage value and their registration underlined how important they were to the Otago region.

The response from the Milton community in wanting to formally recognise Tokomairiro Church was phenomenal, he said.

Parish Council treasurer Marion McGuigan said she was pleased but there was a lot of work ahead.

The parish would this week discuss forming an action group to seek funding for church restoration.

The King Edward Picture Theatre was opened in 1914 and was the oldest surviving purpose-built theatre in Dunedin.

It is now used as a live theatre venue.

Mr Graham said the theatre was one of the oldest surviving examples of a large suburban theatre.

"Given the history and prominence of this South Dunedin landmark, it is appropriate its heritage value has been recognised."

Mayfair Theatre Trust chairman Les Cleveland said the registration would safeguard the history and style of the building for the future.

Registration is designed to assist protection of historic places under the Resource Management Act 1991.