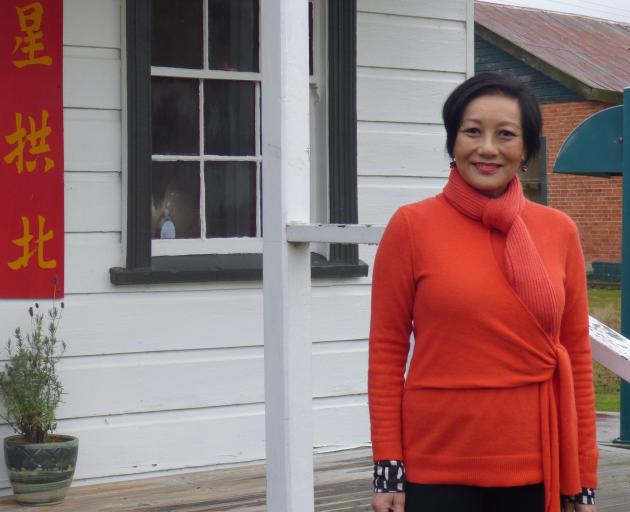 Mrs Ng told the Otago Daily Times she and the trustees of the historic gold rush encampment, just outside Lawrence, planned to develop the site into a visitor attraction during the next 5 to 10 years.

The attraction would be a scaled-down version of a $4.5 million visitor complex mooted by former trust members in 2019.

It would include displays, sculptures, a Chinese garden and a cafe, and a virtual reconstruction of the camp in its late-19th-century heyday, she said.

The camp was the first and largest Chinese gold-mining settlement in Otago, established in 1867, and is a Heritage New Zealand category 1 historic place.

"The trust’s basic role is to restore, preserve and sustain the Lawrence Chinese Camp site, its buildings, its heritage and its history.

"The first stage of redevelopment is to preserve and restore the existing historic buildings: the Empire Hotel, the stables and the Joss House. Right now, we are doing the onerous but essential planning and designing, and getting consents and funding, so that we can start the actual building works."

The trust envisaged the camp fitting into a wider visitor destination plan for Clutha and Otago.

"We’re excited to be part of the Clutha District Council’s destination strategy to 2030 that will include us as a key visitor experience.

"As the camp is on the main highway, and the Clutha Gold Cycle Trail runs right past it, we already get a lot of people dropping by and expect that it will be quite a draw for tourists, attracting visitors to Lawrence. Further down the line, our vision is to see the camp as part of a network of goldmining sites — a gold-mining heritage trail that connects sites across Otago, Southland and the West Coast."

Mrs Ng said she was excited to explore her new role — which would also be something of a family affair.

"My father, [NZ Chinese historian] Dr James Ng, purchased the camp land and established the trust in 2004 to preserve and develop it. Now [that he is] retired and in his mid-80s, I offered to get involved in some of his historical projects, and take up the banner."

She said she was stepping into a "solid footing" thanks to the work of other longstanding trustees.

"All the trustees have held significant community roles and have volunteered many years to the camp, so I’m well-supported to build on the foundation of their work.

"I’m really looking forward to adding to their and my father’s vision for the development of the camp, and to putting my own stamp on it."