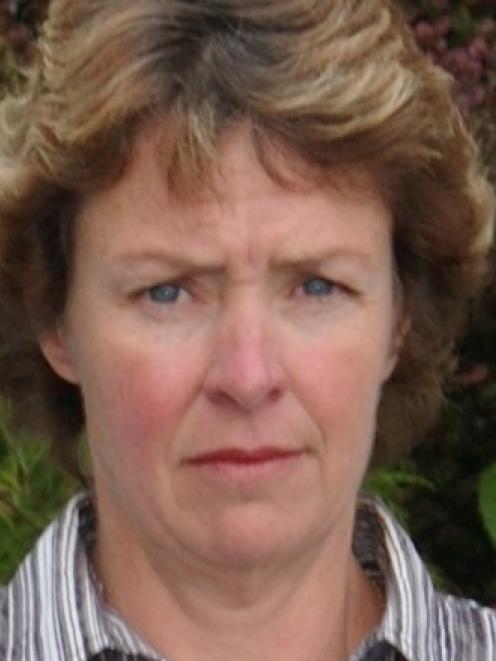 Julia Hunter
The woman who resigned from a school board of trustees saying her concerns over the effects of Wi-Fi in classrooms were not being taken seriously is a shareholder and director of a Balclutha internet service provider.

The Otago Daily Times reported yesterday Julia Hunter had argued for hard-wired internet access at St Joseph's School, before stepping down from the board after it endorsed the use of wireless connectivity at the school.

She said children were the most susceptible to potentially dangerous microwave exposure from extensive Wi-Fi use.

She and her husband David Hunter co-own RiverNet with Glenn and Jane Hutton and their company installed Wi-Fi on Balclutha's main street, at the town's recreation centre and i-Site.

RiverNet did not tender to install Wi-Fi in St Joseph's School.

Mrs Hunter said her concern about Wi-Fi in classrooms was the number of devices being used in a small area.

It was not comparable to the low number of users at the Cross Recreation Centre or the main street of Balclutha, but she would not say whether she believed the product she supplied was safe.

''Is the product we're supplying unsafe? We know what the concerns are. And this is the whole point with the classroom as well. Why would you not do it the safest way, which is the hard-wired classroom?''It's all about the closeness to the routers.''

She said she limited the use of Wi-Fi at home.

Her business partner Glenn Hutton said Mrs Hunter's statements did not represent the views of the company.

''That was Julia's personal statement,'' he said.

Mr Hunter shared his wife's concerns about the number of devices being used over the course of a day in a small area and said New Zealanders did not know the long-term effects of widespread Wi-Fi coverage.

He said he agreed to disagree with his business partners, the Huttons, and had changed practices at work.

He said he could not say whether the product he provided was safe.

''You could never say that, basically, because we're not getting the right guidance from the government, who should be advising us to be cautious.''

He said he was worried about the long-term effects on people's health.

''I ultimately think in 20 years time we'll be looking at this and thinking ... what did we do?

''Just be a bit more cautious, just in case.

''If we're proven wrong and there is no problem, that's the best outcome, really, for everybody concerned.

''It just annoys me when there is continual character assassination by people in the background who think we've got something to gain from it.

''We haven't. We've got nothing to gain whatsoever.

''People know our point of view. We've got our haters. We've got people who quietly believe us.''