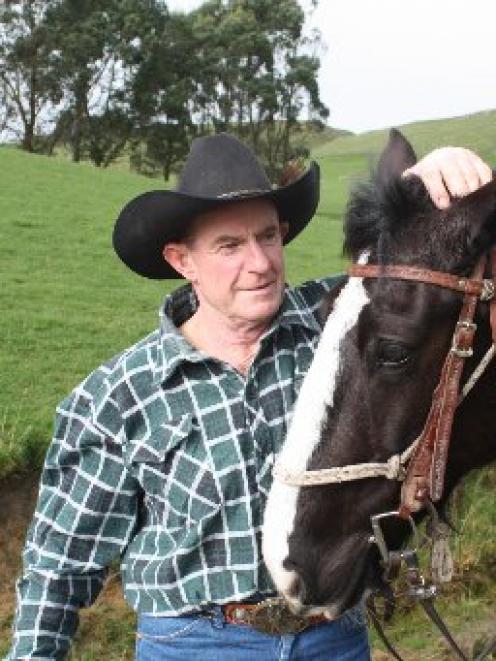 Charity horse trek organiser Johnny Perkins with his horse Emily at his Tuturau farm. Photo by Allison Rudd.
He has been thinking about the idea for more than a decade, but this is the year Tuturau, Southland sheep farmer Johnny Perkins is finally realising his dream to do something for breast cancer research.

He is organising a fundraising horse trek as a tribute to his late wife Ava, who fought a seven-year battle with breast cancer and secondary cancer and died in 2000 aged 47. It is also designed to help others.

''Seven women every day are diagnosed and 650 die every year ... apart from my own personal tribute to my late wife, I'm doing this for every man, woman and child in New Zealand. Every woman's death affects families and children.''

Mr Perkins said it was very hard watching his wife lose her struggle with cancer through chemotherapy, radiation and two mastectomies.

''After the second one, she was almost going to get a clean bill of health, and then she got a cough and it appeared back in her liver and lungs.

He had had the idea of a memorial horse trek in mind for years and even had the route planned - along private farm tracks on the west side of Lake Dunstan and over the hill to Bannockburn, a gentle ride with a zig-zag hill climb and spectacular views from the top.

His wife was very much involved with horses, Mr Perkins said.

She was a pony club instructor, trained thoroughbreds and competed in eventing and showjumping. The couple loved horse-trekking, making regular expeditions into the back country with their three children.

Mr Perkins, who has completed many treks and 15 Cavalcades, said he was on the Catlins Canter in March when he decided this was finally the year his trek would happen.

He said the organising committee had been hard at work drumming up sponsorship and organising the logistics. Service clubs had been secured to drive horse floats to help those without support,

portaloos had been booked and a caterer, trail boss, paramedic, vet, and wranglers been approached. 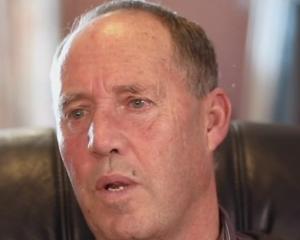