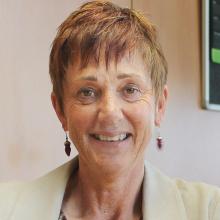 Konnor Steele (16), Indaka Rouse (16), Kyah Kennedy (16), all of Bluff, and Omaruhuatau Otuwhare Tawhai (17), of Invercargill, died following a collision between the Ford Ranger they were travelling in and a truck near Queens Park in Invercargill at 4pm on Friday.

While police continue to investigate the cause and details of the crash, witnesses and residents of the area have raised concerns about the condition of the road.

The New Zealand Herald reported residents in Queens Dr described the street as slippery since a reseal job carried out by the council early this year.

In a statement, chief executive Clare Hadley said the council resurfaced a portion of Queens Dr, from Herbert St to Gala St, in early March.

"Council have not received any complaints from motorists regarding the surface of the road."

Following the fatal crash, the council was undertaking an assessment of the road surface as it was the typical process after serious crashes.

"We will continue working with the police through their investigation."

Mrs Hadley also extended her sympathies to the families affected by the tragedy.

Sir Tim Shadbolt also acknowledged the tragedy at the beginning of the council meeting earlier this week.

"It has been a horrific time ... devastation. It is a sad time as well," he said before the council prayer.

A service will be held at the Bluff Rugby Club for Konnor and another at Nga Hau E Wha in Invercargill for Omaruhuatau, "Maru", today.