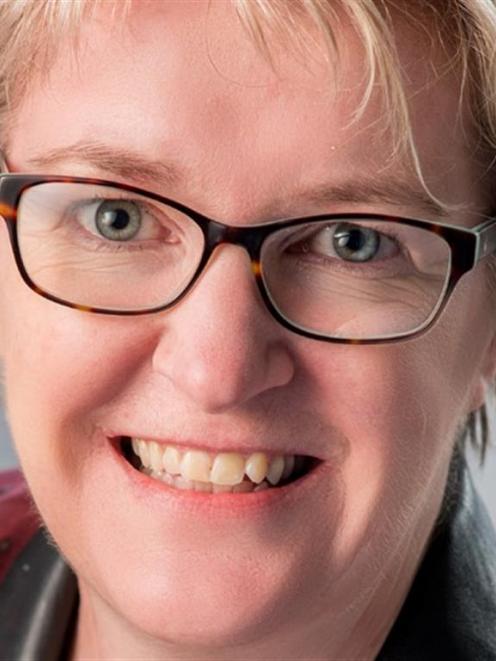 Karen Arnold.
Invercargill city councillor Karen Arnold is already suing Mayor Tim Shadbolt for defamation and now she is after his job.

The first-term councillor and former journalist, who indicated earlier this year she might chase the top spot, formally announced her candidacy yesterday.

She said the legal dispute between herself and Mr Shadbolt, which was over four opinion columns he wrote for The Southland Times, had nothing to do with her decision.

"I'm not standing against anyone - I'm standing for Invercargill.''

However, Ms Arnold (46) took a potshot at Mr Shadbolt in her media release, saying she would "first and foremost'' be committed to the role full-time.

"Currently, Tim Shadbolt juggles his mayoral duties with his responsibilities as dad to his preschool son, his international travel commitments as paid ambassador for SIT [Southern Institute of Technology] and his professional roles as a stand-up comedian, celebrity speaker and director of Invercargill Airport Ltd,'' she said.

Asked about that comment, she said it was not a criticism, but was to show she had the time, energy and dedication to commit to the mayoral role.

She said her first term on the council had strengthened her desire to "lead a culture change that would enable more robust and effective decision-making around the council table'', and to establish a "more inclusive and cohesive culture [which] encouraged openness and transparency''.

That was not meant as a criticism either, she said.

"After one term on council it is very obvious what needs to be done in order for council to perform better and for the public to have more faith in council, and that culture change has to start at the top.''

Ms Arnold said she would also stand for a position on the council at the October elections.

Mr Shadbolt (69) said yesterday he saw nothing wrong being paid to promote SIT or for public speaking engagements, for championing development at Invercargill Airport and for using comedy.

"I see [those things] as an integral part of my role - to promote Invercargill as well as the governance side of things. I don't ever want to be desk-bound. I try to inject humour into ribbon-cuttings and the like because people seem to enjoy it.''

He said he did not have to apologise for spending time with his son, saying Ms Arnold was "unfair to drag the children of candidates into an election campaign''.

Ms Arnold is the second mayoral challenger so far.

The other is Cue TV owner Tom Conroy, who has no local body experience.

Mr Shadbolt was mayor of Waitemata City, Auckland, for two terms in the 1980s.

He has contested eight election campaigns in Invercargill since 1993, losing one.

He did not expect Ms Arnold to win, but he expected her to gain more votes than Mr Conroy.

"It wouldn't surprise me if Karen does better than Tom because of her council experience.''