Te Anau now has 'airport to be proud of' 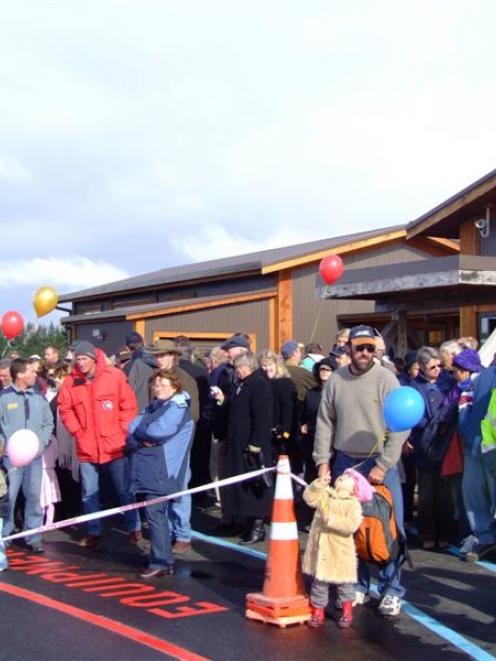 The airport will eventually replace the Te Anau Airport-Waiau, about 8km northeast of the new facility.

Finished in March, the project included extending the main runway, and a new terminal building which includes a historic area. An access road, new car park, bus parks, landscaping and fencing completed the project, which started in November 2002.

Te Anau Community Board chairman Ron Egan said the Southland District Council bought the land from Air New Zealand six years ago. Part of the design brief was to ensure the terminal had a warm homestead feeling, which was done by incorporating old bridge beams the council had into the entrance and exit to the tarmac.

Natural materials, including beech beams in the ceiling, other natural materials, a stone gas fireplace and a Wapiti head, were given by the South Otago Branch of the New Zealand Deer Stalkers Association and the Fiordland Wapiti Foundation.

Work began less than 12 months ago, in May 2007, and the Te Anau basin now had an airport to be proud of, Mr Egan said.

He paid tribute to the former community board chairman, Bruce Brown, for his foresight and determination and said he hoped Mainland Air, which is flying between Dunedin, Alexandra and Queenstown, would add Te Anau to its scheduled flights.

Mainland Air representatives were unable to attend Saturday's opening, due to adverse weather conditions across the lower South Island.

Southland Mayor Frana Cardno said the project could not have been done the same anywhere else in New Zealand.

‘‘It's a facility not only for this wonderful area of Fiordland, but it's for Southland and it's for New Zealand.''

Bad weather, including snow, changed the original plan, which included an air show featuring a Mustang and a Dominie and the first official landing of a commercial flight, to have been by Mainland Air.

However, the crowd of about 500 was still treated to displays by local aircraft, and a Pionair flight, from Christchurch on Saturday morning, had the honour of being the first official flight to leave.