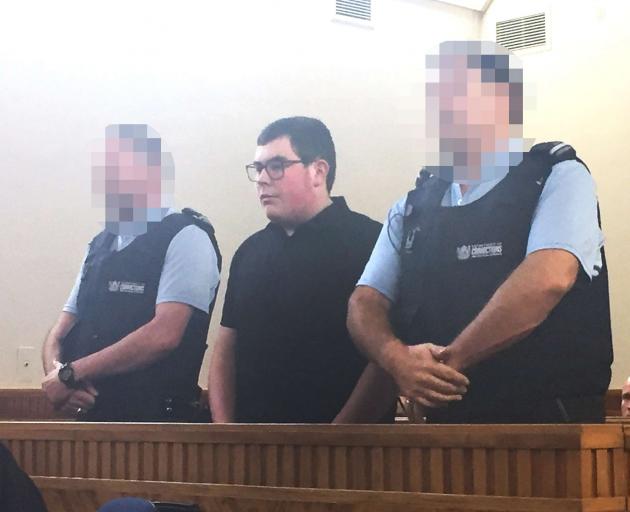 Name suppression for Daniel Cameron (16) was lifted today. Photo: Luisa Girao
A teenage babysitter who messaged his friends asking "what would you do if I killed someone?" on the night he murdered a nine-year-old Otautau boy has been been sentenced to at least 11 years behind bars.

This afternoon Daniel Cameron (16) is appearing before Justice Rachel Dunningham and a packed public gallery at Invercargill High Court.

Before his sentence was handed out Justice Dunningham lifted name suppression on Cameron, who was 15 at the time of the murder.

About 50 people were in the public gallery today, including the victim's mother who was visibly emotional.

Last year, Cameron pleaded guilty after the mother of nine-year-old boy Hunter MacIntosh found her son stabbed on the floor of his bedroom on October 30. 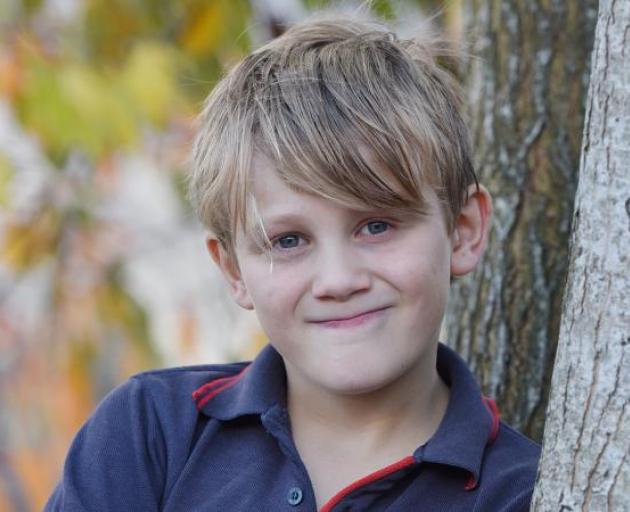 Hunter's distraught mother Amy King, clutching a yellow-framed picture of her precious son, spoke of the devastating effect the murder has had on her.

She wishes that Cameron could be jailed forever, "as he chose to take away our son, our world".

"My reality is that I barely function. Every minute I try to put one foot in front of the other and that hasn't changed since the moment I laid eyes on my poor dead boy," she told the court.

"My reality is that I was 28 weeks pregnant at the time and the only thing that kept me breathing and eating was our baby."

The trauma of finding her son dead haunts her days and nights.

"People say, 'Try to remember the good times' - I remember finding my son dead - a knife protruding from his stomach, blood around his mouth - him being so pale and knowing that I could do nothing to save him," she said.

"Thinking every minute of every day since about the horrific way that he died, how scared he would've been of Daniel, how painful and scary his last moments were."

She struggles to comprehend that the killer was texting her during the period he murdered her son.

And she hates the killer and says despite his age, he knew what he was doing.

"He is a brutal murderer, his age should have no influence on his sentence, and no sentence will ever compare to the sentence he has given Hunter and us. Life really is a 'no life' sentence for Hunter."

She spoke about Hunter being her life, her world, her reason for living.

Every waking moment was about Hunter and she loved it, the court heard.

"I have no regrets except leaving him that evening. About trusting a friend - trusting that she knew her son - and for that I will never forgive myself."

Hunter's aunty and Godmother Mandy King remembers a "super caring and kind, sensitive" wee boy who had a unique personality "who brightened up the lives of anyone he touched with an everlasting bond to his mum".

She questioned how it's fair that a murderer gets "another chance at life when Hunter's is no more".

Although the thought of Cameron consumes her family with "an extreme amount of hate and anger", she looked at him in the dock and told him: "Today is all about Hunter, it is not about you Daniel and never will be."

"I hate you with all my being and hope that in time you have the mental ability to feel the pain, hurt and circumstances you have brought to us," Mandy King said.

Hunter's grandfather Alistair MacIntosh, who shared a birthday with his beloved grandson, said he feels guilty he couldn't be there for him in his time of need.

"Hunter died afraid and alone at the hands of a monster with no help of hope, only his wee dog Olly to watch it all," he said.

Wondering what Hunter's last moments were like "torments us all and will do forever," said grandmother Sharon King.

"That poor wee boy alone, all by himself when all our lives we've loved and protected him, how do we live with that?"

Sharon King believes the killing was a cold-blooded murder, saying his conscious and deliberate actions should not be ignored.

The summary of facts says Cameron was babysitting the child while his parents where playing pool with the mother and stepfather of the victim.

He had been paid to babysit the child on at least 10 previous occasions, the document says.

The victim was found with a knife embedded in his stomach and had received wounds to his torso and chest area.

He also had injuries consistent with asphyxia and a moderate head injury.

About 6pm, the defendant's mother dropped the youth at the victim's house.

About two hours later, the youth was seen walking down the street.

At 8.20pm, the accused sent a message to a friend via social media where he wrote: "Help." 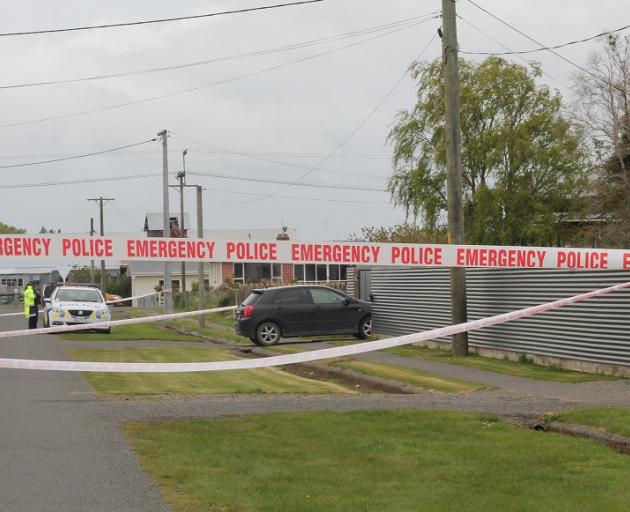 Ten minutes later, he sent three other friends a Snapchat message which said: "What would you do if I killed someone."

He also messaged another friend and asked: "What would you think of me if I killed someone" and then "straight-forward answer."

The victim's mother sent a message to the accused at 10.10pm asking if the boy was asleep, but she did not receive a reply.

Around that time, the accused's mother and victim's mother and stepfather returned to the address in Otautau where the mother found her son lying on his back on the floor of his bedroom.

The youth was not at the address.

Emergency services were then called.

Police and medical staff members confirmed the victim was dead after they arrived at the house.

The post mortem suggested the boy  had been killed within 90 minutes of being in the care of the youth.

The accused was seen walking again in Otautau about 11pm. About half an hour later he returned home and was arrested about one hour later, at 12.40am.

With Kurt Bayer of NZ Herald