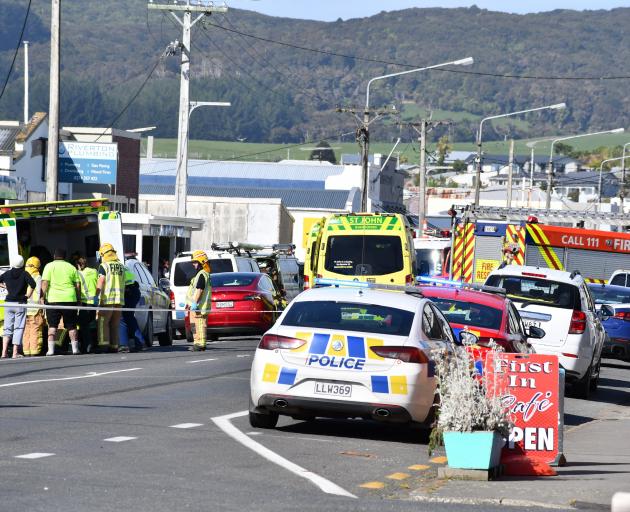 Among the three traffic incidents in the region in the morning, one person died while another six sustained injuries ranging from serious to minor.

A two-vehicle crash in Riverton about 8.30am left one person dead and four others with serious injuries.

Police confirmed this afternoon 31-year-old Raeann Cynthia Cook, of Fairfax, was the person who died in the crash.

The last road fatality in the small seaside community was less than two weeks ago.

Police said the Serious Crash Unit had been advised and the area had been closed with a detour in place.

Earlier in the morning, a St John spokeswoman said one person was in a critical condition and had been flown to Dunedin Hospital by rescue helicopter.

All other patients were all transported to Southland Hospital by ambulance, she said.

Shortly after the Riverton crash, one person was injured in a crash involving a truck and a car on another Southland highway.

Police said the collision happened abut 9.15am on the Winton-Lorneville Highway, about 1km from Winton.

A St John spokeswoman said ambulance staff treated one person with moderate injuries and transported them to Southland Hospital.

St John was also called at 9.44am to a motor vehicle incident in Ettrick St, Invercargill.

One ambulance responded; St John treated one patient in a minor condition and took them to Southland Hospital.

The substation fire was tackled using foam, and firefighters had it under control by 12.35pm.

Fenz said it was alerted to smoke coming from the Underwood substation, near Lorneville, about 11.30am.

Crews from Invercargill and Wallacetown attended, as well as PowerNet staff.

A Fenz spokesman explained the difficulty in extinguishing a transformer fire was that it was filled with oil.

After the power was isolated, crews ensured there was enough foam to extinguish the fire once they began to do so.

‘‘Once you start, if you haven’t got enough to get it right out, you run out of the foam and the fire takes off again.

As the smoke from the oil fire was thick and black, Environment Southland was notified.

Power was temporarily out to nearby areas including Lorneville and Wallacetown, as well as the nearby freezing works.

A PowerNet spokeswoman said supply had been restored to most customers by 1pm and the cause of the outage was being investigated. — Additional reporting ODT Online