Airport expansion opponents raise case with Government and others 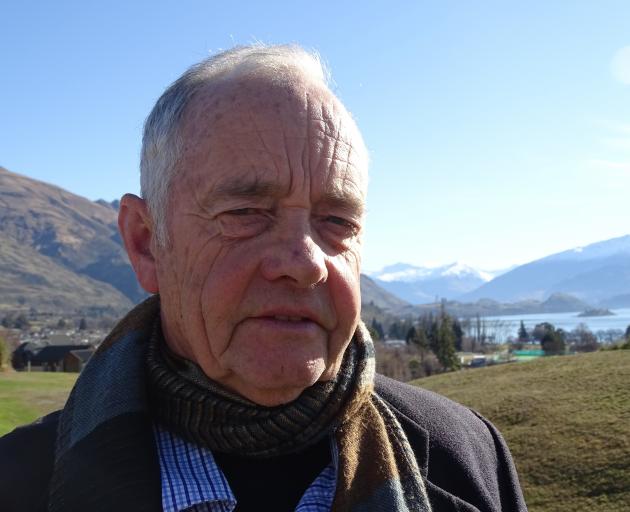 Michael Ross. PHOTO: KERRIE WATERWORTH
A campaign against expanding Wanaka Airport has been taken to the Government.

The letter continued: "This is in stark contrast with the highly questionable economic premise for Queenstown Airport Corporation's proposal to invest $300million-$400million in expanding Wanaka Airport."

"[Wanaka] scarcely needs a second airport that will open the floodgates to `over tourism', thereby threatening to kill the golden goose of New Zealand's premier tourist region.

"We believe it makes far better sense to share the load of tourism around the rest of the South Island."

A spokesman for Mr Jones, who acknowledged receipt of the letter, said the minister did not respond further because there was no actual question asked, and if there had been, it was likely to be more relevant for other ministers, for example tourism or transport, to answer.

Mr Ross said the group was surprised by the response.

"This is a topic of critical concern to the long-term sustainability of one of our country's largest businesses, which is tourism.

"It's not something to be brushed off by a simplistic statement of one of [Mr] Jones' staff.

"All ministers and CEOs addressed in the letter have a crucial part to play in the discussion around Wanaka Airport, and it is our view that it is too big for local government and private enterprise alone to resolve."

Wanaka Stakeholders Group has more than 900 members and was set up to oppose the Queenstown Airport Corporation's proposal to develop Wanaka Airport to handle jets and increasing passenger movements overflowing from Queenstown.

QAC spokeswoman Sara Irvine said the corporation did not agree with what was in the letter.

"We are not planning a large-scale airport at Wanaka Airport.

"We are planning for the development of a regional airport to enable the recommencement of scheduled domestic services from about 2025.

"We expect approximately five return services per day at the start, operated by turboprop and narrow-body jet aircraft.

"This is to meet the current and future needs of the growing communities in and around Wanaka.

"We support initiatives to co-ordinate airport capabilities across the lower South Island.

"To this end, we will continue to work closely with Invercargill and Dunedin airports to explore joint opportunities, where possible, across a range of areas, including health, safety and security; operations; sustainability; and supporting strategic regional tourism initiatives," she said.

Tourism Industry Association chief executive Chris Roberts said with regard to how people travel to and around each region, it believed the planning approach must encompass the wider region.

"The roading network, cruise ports, public transport, cycle ways and airports must all be considered in planning for the optimal transport network.