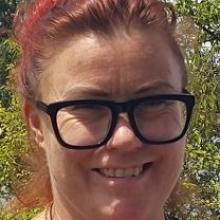 Bridget Legnavsky
The Ignite Wanaka Chamber of Commerce has new leadership, following the election of Bridget Legnavsky as chairwoman and Mike Toepfer as deputy chairman at its board meeting last week.

The leadership change followed the retirement of former chairman Alistair King, who served on the board for 10 years, including five as chairman.

Ms Legnavsky is general manager of Cardrona Alpine Resort and has been on the board since 2013, including serving a year as deputy chairwoman in 2017.

Mr Toepfer, a partner at Aspiring Law, has been on the board since 2011.

Ms Legnavsky said she was honoured and excited to be Wanaka's first chairwoman of the local chamber.

``I feel very privileged - especially to represent our town that is so diverse, innovative and growing like a mushroom.''

``Being among the business community is a really cool place to be. It's a really supportive environment and that makes me want to step up and do this job,'' she said.

Mr King's retirement left one vacant position on the board, which was filled at the chamber's annual general meeting on November 29.

Wanaka's Kathy Dedo was elected to the board, and Mr Toepfer and Kelly Good were re-elected. Their positions were up for rotation after two years' service, a requirement within the Chamber constitution.