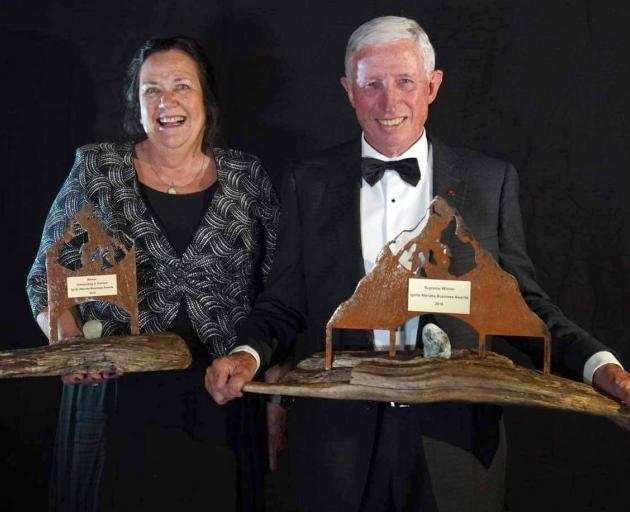 At a ceremony held on Friday night, Wanaka Helicopters won the Supreme Award.

The nationally recognised helicopter training and scenic flights company, which also won the Outstanding in Tourism category, was awarded the top accolade because of its dual income streams, commitment to quality, overwhelmingly positive third-party feedback and a strong company culture.

The company is owned by Simon Spencer-Bower, one of New Zealand’s most experienced helicopter flight instructors.

The two-yearly business awards celebrated a diverse range of businesses for their achievements locally, nationally and beyond.

"There were some exciting businesses, novel businesses and business with a novel approach towards sustainability and innovation.

"And they have all been good examples of how a company in a small town can grow and compete successfully at a national level."

It was "heartening" to see that the Wanaka business community continued to thrive across all industries, he said.

The winners at the Wanaka Business Awards