Mr Andrews said every morning at 8am, and at regular times during the day, the incident management team involving Queenstown Lakes district staff, Downer, Veolia and contractors has been meeting to review developments.

He said the many road closures around the district due to flooding has caused a welfare issue with people affected "but we are in close contact with them."

He said Downers would be carrying out a complete network check and audit code on Monday "making sure all the bridges and roads were OK and then we'll be reviewing those road closures and if there are any other welfare issues manifesting from that." 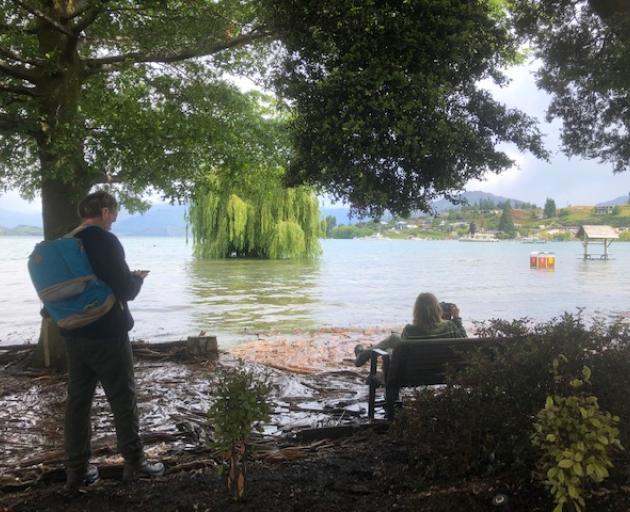 Wanaka Photographer Richard Sidey said the flooded lakefront was "eerily quiet" today as it had been roped off.

"There wasn’t a single soul, it was actually quite peaceful."

He decided it was "just another day to go for a paddle", and paddle-boarded around the area.

Mr Sidey was also in the town during the 1999 floods, although was not a photographer then so did not have "the toys" to capture the moment.

The sun was shining in Wanaka on Sunday afternoon, but much of the lakefront remained quiet.

The track along the lake and access to one of the most popular attractions, the Wanaka tree, was now very difficult. 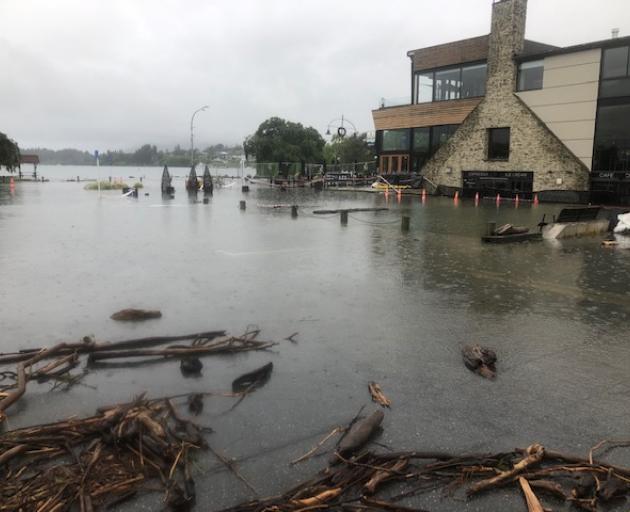 Water laps near businesses on the waterfront in Wanaka on Sunday morning. Photo: Kerrie Waterworth
The Otago Regional Council has forecast it could take 19 days for the lake to resume levels expected at this time of year.

Duty flood officer Pete Stevenson said rain as forecast by MetService in the Otago headwaters overnight has been as expected, and rivers feeding Lakes Wanaka and Wakatipu were still rising slowly.

However, the weather outlook for the coming days was clear, and lake levels were expected to stabilise and begin falling during that time. 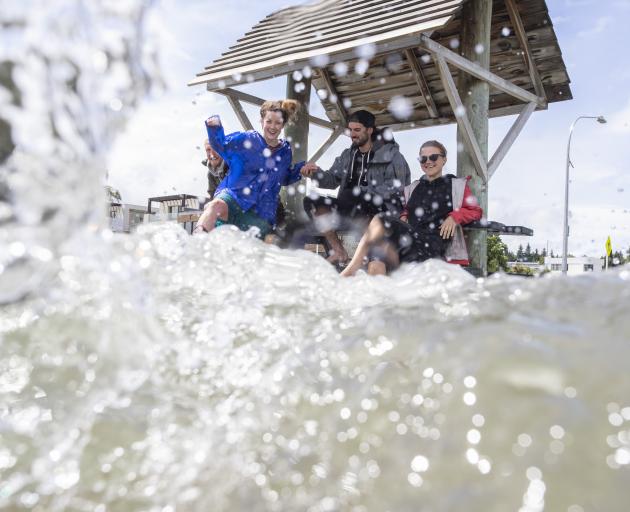 ORC said the lake was expected to reach around 280.4 by late on Sunday evening. This prediction does not consider the impact of wave levels due to wind.

The Clutha / Mata-Au River flow at Balclutha is currently at 1780cumecs and rising slowly.

While the weather was expected to be clear throughout the lower catchment, ORC said the river would continue to rise as water comes from upstream. Flows were expected to reach about 2000cumecs later.

The ORC Alexandra and Lower Clutha Flood Protection Scheme infrastructure was performing as expected, and the river was expected to remain contained within floodbanks.