Ronya’s back and it’s all downhill from here 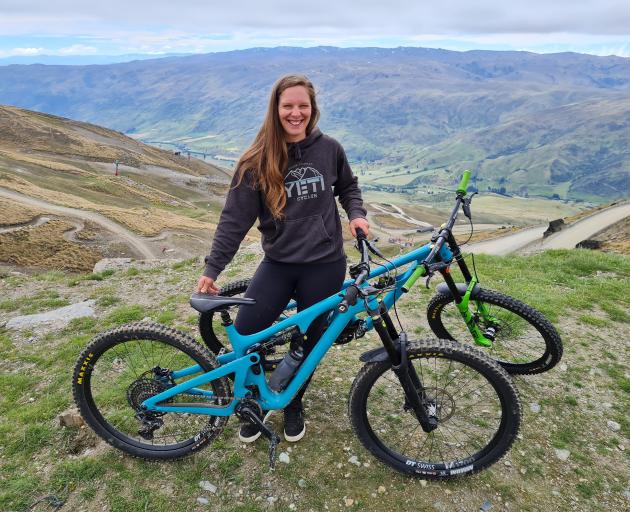 Rotorua rider Ronya Hill-Wright (30) has been in the thick of the action all tour, which has followed the World Tour finals in her home town in November.

In Rotorua, Hill-Wright was first in the Whipoffs and third in the Dual Speed and Style and on this tour, she is hanging steady (and not last) on 63 points, while Vaea Verbeek, of Canada, leads the women’s standings with 886 points.

Hill-Wright converted from snowsports aged 20, while living in Canberra, and has represented her country at world cup downhills, with her best result an 11th at Cairns.

Today marks Hill-Wright’s return to Cardrona after10 months — she last rode on the mountain during the six day the Tranz New Zealand Enduro in February, which she won.

She is looking for some speed on the course today, as the field races the clock to complete it without pedalling or braking.

Hill-Wright got into biking because a friend did, and borrowed her mum’s bike for some cross country races.

One of her goals now is to get more women and girls into racing downhill.

"I realised I didn’t like racing up hills so I turned to downhill, to gravity . . . It is only as dangerous as you make it," she said.

She is competing on the professional circuit but also works as a book-keeper, coach and mountain bike guide to make ends meet.

She loves the camaraderie and friendships she has made on the mountain biking circuit, which she says is "just riding with your mates".

"It is the lifestyle for me. I just love the riding down south but I like to ride year round, so that’s why I live up north. But I always make a trip down here, at least once a year," she said.

The tour started in Alexandra on November 27 and was in Queenstown earlier this week. It finishes at the Glendhu Bike Park with a dual slalom this weekend.