By Marjorie Cook
0 Comments
It has taken nearly 20 years, numerous complaints and more than $6 million, but Wanaka’s Ballantyne Rd has been sealed.

Queenstown Lakes District Council staff, Mt Barker Residents Association members, Fulton Hogan employees and others celebrated what all described as a ‘‘momentous day’’ with tea and cakes on the lawn of Ballantyne Rd residents Grant and Janet Cochrane.

The undulating gravel road was the subject of heated road safety debates for nearly 20 years. There have been numerous crashes and minor accidents caused by poor visibility, dust and uneven surfaces.

In 2016, 17-year-old Jackson James Aitchison died after his ute collided with a tree.

A 60kmh limit was imposed on the road and, in June this year, a coroner investigating the cause of Jackson’s death recommended Ballantyne Rd be fully sealed. 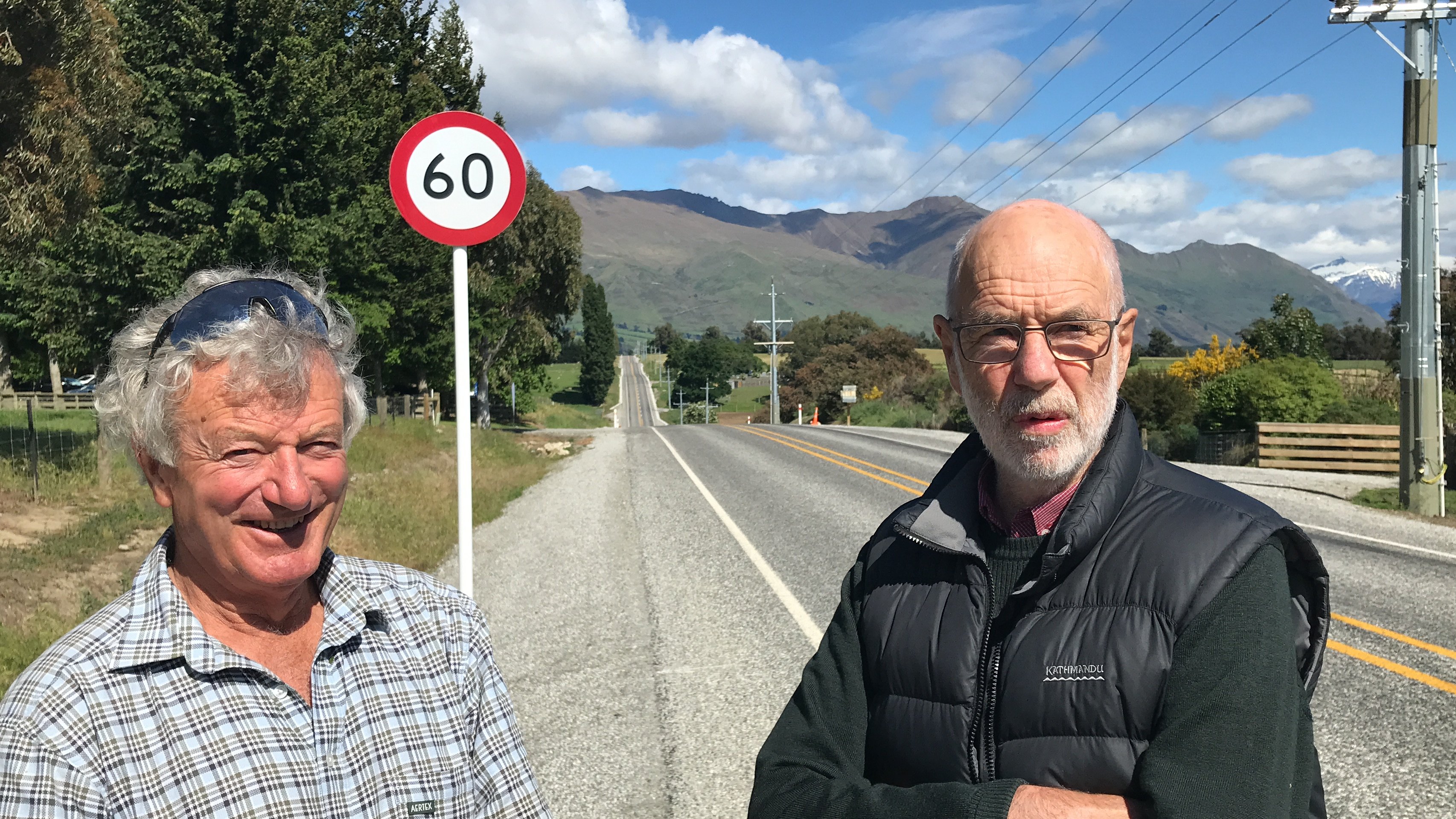 Mt Barker Residents Association chairman Jerry Rowley (left) and former chairman Russell Lovelock are thrilled Wanaka's Ballantyne Rd has been sealed. PHOTO: MARJORIE COOK
During the project, 50 power poles were replaced, fences were standardised on the correct boundary and fibre-optic and other cables were located in one piece of ducting.

Residents had told him they loved the new road, felt safer driving and were pleased the dust had gone, Mr Taylor said.

‘‘It was in 2009 we got Faulks Rd sealed and were told that was the last road they would do. But I was a bit cheeky and argumentative ... What a beautiful road they have got now,’’ he said.

He hoped Ballantyne Rd would be used as an alternative access to Wanaka to alleviate heavy traffic on State Highway 6.

‘‘My only frustration is the speed limit is only 60kmh, which I find rather weird. It should either be 80 or 100. It’s a well-engineered road ... I defy anyone to drive along it and tell us it is under-engineered,’’ Mr Rowley said.

NZTA regional maintenance and operations manager Peter Brown, of Dunedin, said he was impressed with the road’s safety features.

‘‘Without your efforts this could have taken longer ... all we did was put a little money towards it,’’ Mr Brown said.