Paperwork and lockdown — you have to hate that when you would rather be hunting or fishing.

It is even worse when you have the lurgy, even a non-Covid kind. 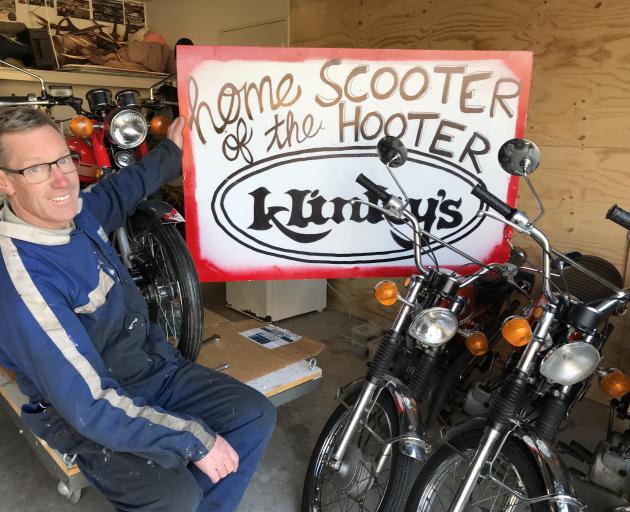 Classic scooter enthusiastic Paul van Klink has been organising the Upper Clutha Scooter Hooter for 10 years. PHOTO: MARJORIE COOK
That unfortunate triple whammy had Mr van Klink laid low for a fair bit of August and September, but it had an upside for South Island 50cc scooter fans preparing for a big day out in Wanaka.

The founder of Klinky’s Upper Clutha Scooter Hooter — Klinky is his and the event’s ‘‘official’’ name — could turn his attention to the documentation necessary for the 10th annual rally, which is to hit Upper Clutha roads next Saturday.

He also had time to finish his 18-month passion project, a Yamaha RD50 he found in multiple parts on the internet. 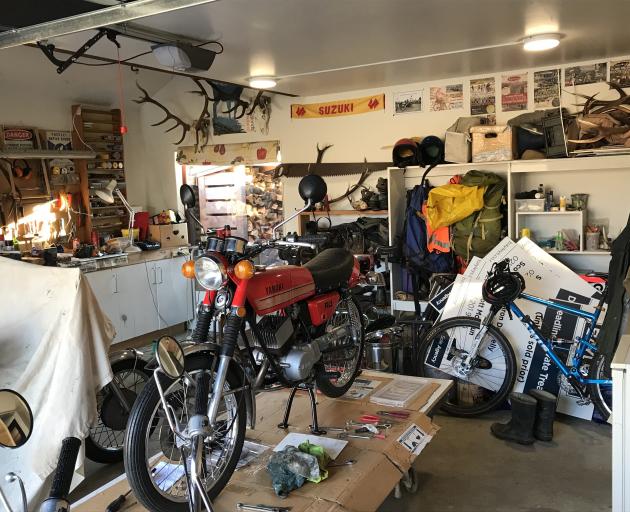 Mr van Klink has spent 18 months doing up a Yamaha RD50. PHOTO: MARJORIE COOK
‘‘I’ve been doing a traffic management plan, reserve plans, insurance plan ... It’s just a nightmare, but I am getting there with the paperwork,’’ he said.

After a decade organising the rally, Klinky knows what he is doing, and knows a heap more about scooters too. 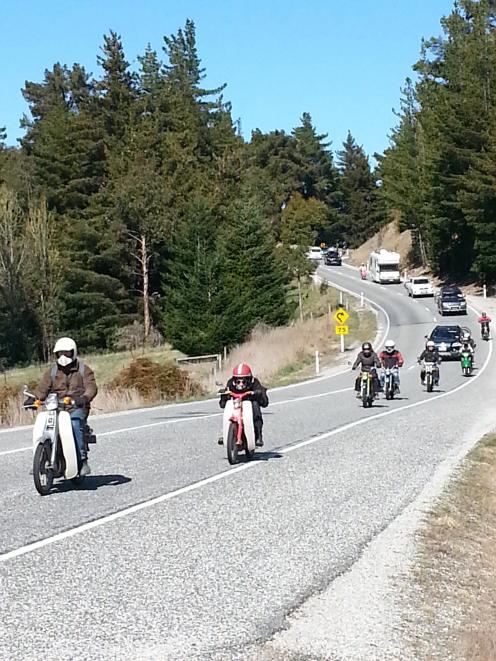 Mr van Klink has been running the annual Klinky’s Upper Clutha Scooter Hooter for 10 years. PHOTO: SUPPLIED
He was looking forward to showing off his restored scooter — a 1970s commuter bike and one of the first with a disc brake — but was keeping quiet about the route.

‘‘They don’t know until they start riding it, really.’’

Klinky said he was expecting the biggest rally yet; at least 70 people had registered.

The 10th anniversary ride was limited to 100 and would include stops to look at personal bike collections and ‘‘a really good spot for lunch’’.

Klinky (50) was living on the West Coast when he was introduced to scooters by his brother Steve.

‘‘Steve came over from Christchurch with his mates and a whole lot of bikes to do this rally at Lake Kaniere ... So I did that and then again in maybe 2009.

‘‘I thought, ‘this is so much fun’. I rode my sister-in-law Louise’s bike. It was a little Suzuki 50cc. That got me started.

‘‘But since then, I am restoring bigger bikes now. I am getting into the two-strokes.’’

He now had 10 bikes, mostly Suzuki two-strokes and Yamahas. 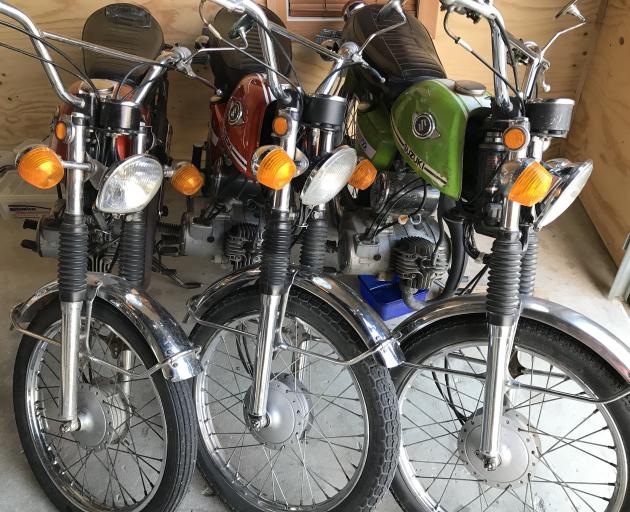 A selection of scooters belonging to Mr van Klink. PHOTO: MARJORIE COOK
‘‘Networking with like-minded scooter people is my new passion, I guess.

‘‘It is funny because it is so polarising to what else I do ... You know, one of them is into nature and the bush and environment and stuff and the other is into the smoky two-stroke motorbike.’’

He had met a few collectors and seen some interesting bikes over the years.

‘‘A lot of European stuff that’s quite rare, like Puchs and Zundapps and Miele.

‘‘The European market is quite special in a way. The Japanese market is all Hondas, Suzukis and Yamahas.

‘‘There’s also been a couple of one-off bikes, like Raleigh. They are quite neat ...’’

The thing he liked about small bikes was that they could take quite a long time to do a journey, meaning ‘‘it is not just about the speed, going as fast as you can, being there in five minutes’’.

His Scooter Hooter is open only to 50cc scooters, motorbikes or mopeds.

‘‘It is 50cc or you go home. Or we throw your bike off the jetty into Lake Wanaka.

‘‘No, no. I just threaten that. The problem is that if you allow one 125, suddenly you have another 125 and you change what the whole scooter rally is about.’’

Klinky started the event after he met a guy at Christchurch airport who ran a scooter rally and asked his advice.

Logistically, he was hoping for fewer than 100 riders because he and his mates had to hunt down the lunch.

‘‘We usually do venison sausages and venison bulgogi, that’s the marinated venison you do on the barbecue.

‘‘Bulgogi, it is one of the recipes of the helicopter family, the Wallises.

‘‘It is their recipe. I don’t even know how to pronounce it.

‘‘I can’t remember how I got it but I have a photocopy and it’s got Prue Wallis written on it. I might have got it from George Wallis. We went to his place once.’’

The rally is not-for-profit and over the years, Klinky has supported several causes.

This year he was giving the money to Friends of Bullock Creek, he said.

‘‘In previous years I’ve given it to the [Wanaka Fire Brigade] crash rescue team that went to compete overseas, and the Kea Conservation Trust.’’

There was also the Alan Budge Trophy, made from car parts that regular Christchurch rally-goers from Auto Restorations donated two years ago.

It was named after a founding rally member, the late Alan Budge, of Balclutha.

‘‘He would come up, even if he couldn’t ride,’’ Klinky said.

‘‘He was quite elderly. He always came up to have a look at the bikes, him and his wife.

‘‘At the very first rally, he rung up from Balclutha and asked, do we need to bring a packed lunch? It was just so cute.’’

The rally starts at the lakefront, opposite Kai Whakapai Cafe, at 10am.