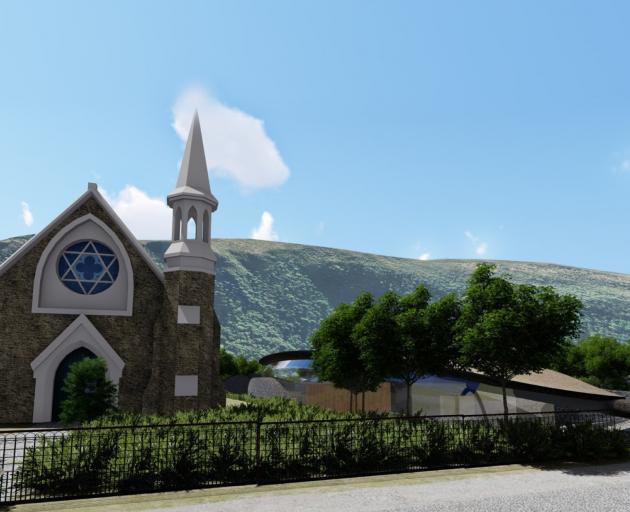 An artist’s impression of the ‘‘Olive Leaf’’ building, obscured by trees, next to St Patrick’s Catholic Church in Arrowtown. PHOTO: ODT FILES
Supporters of the contentious "Olive Leaf" building in Arrowtown say they are "deeply disappointed" it has been refused resource consent.

Olive Leaf Centre Trust chairman Colin Bellett said its members were surprised by the decision of the independent commissioners, released on Monday, to reject their proposal for a multipurpose parish and community centre on land beside the historic St Patrick’s Church.

However, the decision has been welcomed by members of the NoLeaf society, who said they were "very relieved" after four years of fighting the proposal.

The Gaudi-inspired building, designed by Lake Hayes architect Fred van Brandenburg and its name derived from its floating, leaf-shaped roof, has divided opinion within and outside the township since it was publicly notified more than two years ago.

In their decision, commissioners Lee Beattie and Jane Sinclair said the project’s design was "remarkable", but its scale, form and layout were inappropriate for the site and streetscape.

The cumulative effects on the church and its setting would be more than minor because the "simple, aesthetic, open landmark qualities" of the site would be significantly modified.

Although the proposal would have positive effects for the church’s congregation and the community, they would not outweigh its adverse effects, the decision said.

Mr Bellett said the trust’s members were disappointed not only for themselves, but for the wider community.

"We felt this would be an incredible gift and asset at no cost to them."

They would meet soon to discuss the decision, and seek legal advice on whether to appeal.

They had 15 working days in which to do so.

Mr van Brandenburg referred all comment on the decision to Mr Bellett.

An emailed statement from NoLeaf said its members were relieved by what they hoped would be the conclusion to a "particularly long process".

"The Arrowtown community has spoken and the commissioners have heard their concerns about the ongoing protection of the historic management zone."

The proposal attracted 368 submissions — 218 in support and 150 opposed — and was the subject of a three-day resource consent hearing in September.

In a report for the commissioners, a council planner recommended consent be refused.

Had it been approved, the trust’s members planned to fund its construction with donations. 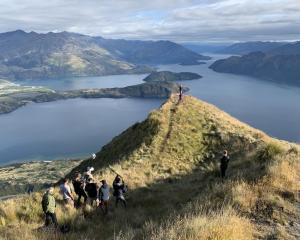 What not to do on your holidays: Tourism NZ