Border restrictions and reduced airline capacity in response to Covid-19 are creating anxiety in the fruit industry. Photo: Stephen Jaquiery
Uncertainty over travel for the international workforce is compounding what has been a difficult season for orchardists in Central Otago.

Border restrictions and reduced airline capacity in response to Covid-19 are creating anxiety in the industry.

"As a grower, I sit here nervous about labour and we know we use as many Kiwis as we can but to supplement that we employ RSE labour and we employ a lot of backpackers and our obvious concerns are they may not be around in the sort of numbers we've had recently.

"And then we've got further concerns that with the effect on the airline industry and planes not flying that our transport links into Asia for export will be severely compromised."

While the majority of this season's crop was exported before widespread outbreak of the disease, export volume was well down due to a difficult growing season.

However, the timing of the outbreak saved further pain for the industry.

"I think we were particularly lucky with when it started to hit in that the bulk of the cherry crop had already been picked and sent to market.

"There was a little bit of fruit that was picked post-Chinese New Year, so late January, that didn't go to China when we would've expected it to. But it was diverted to other markets successfully.

"Timing is everything. Cherries are the big crop as far as export into Asia goes. Apricots go into other markets - Australia, USA and the Middle East, et cetera - and they weren't really affected. We got away with it with the skin of our teeth from a cherry point of view."

Central Otago Mayor Tim Cadogan said there would be nerves within the wine industry, which also relied heavily on foreign labour, with the harvest due to begin soon.

Covid-19 would cause a lot of pain to the district, where work was traditionally low-wage and seasonal, and heavily dependent on export markets and tourism, he said.

"Looking that much further ahead we can only guess anecdotally [what will happen to the district's economy]. But none of those predictions are anything other than bleak because the whole country, the whole world, is going to hurt economically. Everything is going to change.

"We will come out of this, in the economic sense, but it's going to take time. 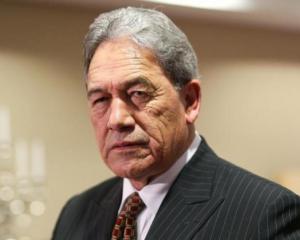 Peters: If protests condoned 'why are we not at level 1?'

A perfect opportunity for those struggling tourism employees, to find employment?!
Hopefully Tourism NZ is reaching out to orchards.