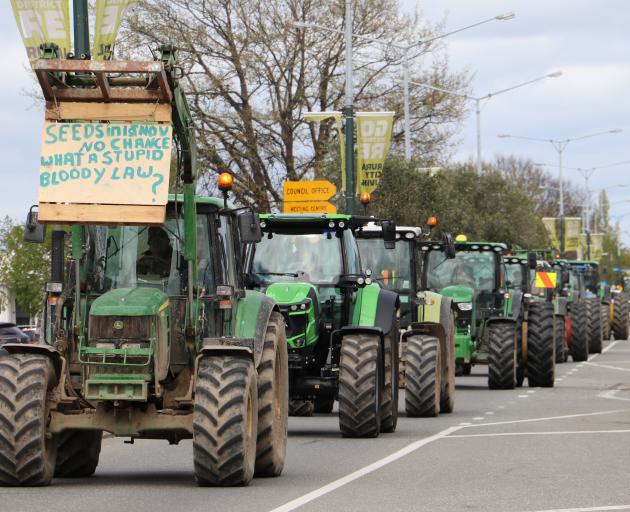 PHOTOS: SANDY EGGLESTON
More than 100 tractors and other vehicles were driven through Gore yesterday morning in protest at freshwater regulations.

A rally at the Gore A&P Showgrounds set the scene with the tractor drivers and an audience addressed by protest organisers Laurie Paterson (right), of Waikaka, and Bryce McKenzie, of Pomahaka. They were joined by Gore Mayor Tracy Hicks.

A call to ignore the new freshwater regulations was greeted with applause.

When members of the audience were given the opportunity to speak, Waikaka farmer Brian Howden encouraged farmers to be united in ignoring the reforms. 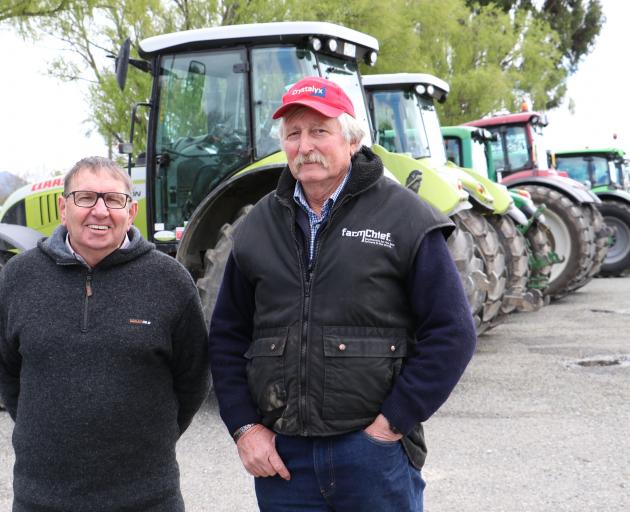 Farmers’ freshwater protest message gets serious traction
Mr Howden said if farmers carried on farming as they had been the Government would be powerless to do anything about it.

"They can’t put us all in jail and they can’t fine us all," Mr Howden said.

Vehicles then drove from the showgrounds up Gore’s Main St and back.

Entitled to pollute are you then?

Too many animals on the wrong type of land, farmers and the people that support animal farming are killing this planet.
A farm with 2,500 dairy cows produces the same amount of waste as a city of 411,000 people.
Animal agriculture is the leading cause of species extinction, ocean dead zones, water pollution, and habitat destruction.