Farmers given food for thought

The Hakataramea Valley has been described as having a ‘‘wonderful story’’. Photo: Sally Rae
Hakataramea Valley farmers have been given some food for thought with the suggestion they could market their products directly to consumers.

The idea was raised by Prof Keith Woodford during a field day at Waikora Station last week organised by the Hakataramea Sustainability Collective.

The collective, set up in 2016, comprises a group of farmers whose aim is to assist and encourage the protection and enhancement of the valley’s environment and promote profitable and sustainable farming practices for future generations. It has been working closely with the New Zealand Landcare Trust, Environment Canterbury, the Department of Conservation, Fish and Game, local iwi and the Waimate District Council to ensure a collaborative and cohesive approach. 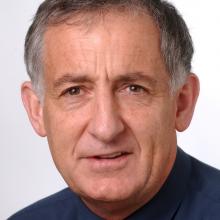 He said he was "very optimistic" about the sheep industry, despite challenges including the necessity to change practices in the future.

He was not overly concerned around the much-talked about threat of alternative proteins and how they would supposedly take market share away from red meat farmers.

"At the fringes, we are going to see things happening with plant-based proteins. I don’t think they are going to take your major opportunities away from you," he told farmers.

Globally, the sheep industry had "gone backwards" in many parts of the world and it was not simply a matter of  not being profitable, although that had been part of the problem. However, there was a good market for sheep products and not a huge number of competitors.

When it came to the best markets,  China had  a huge population, "and they need some food".

In general, the US and Europe were quite capable of producing enough of their own products but there were some exceptions to that, including sheep meat.He believed sheep meat presented one of the few opportunities  in the US, particularly in the western parts such as California.

The US was too big to think of as one entity, so it was best to focus on particular regions. But there had to be a story that resonated with  consumers, Prof Woodford said.

That required spending time in the markets and involved "fair bit of foot leather"  working out what  opportunities  those markets presented,  and how to position the products so people got a premium.

In the US, particularly across the west, the perceived imperative to "save the planet" meant issues around sustainability  were "incredibly important".

"In terms of the story, if it takes more than 30 words to tell a story, you don’t have a story," he said.

And that story had to resonate with what people wanted.

When trying to market in China  food safety was the foremost concern followed by  general health and wellbeing and status.

There was still an "incredibly poor understanding of Chinese culture and Chinese cuisine" among New Zealand producers, Prof Woodford said.

The Hakataramea Valley had all the ingredients of  a "wonderful story"  and presented a chance to create a brand centred on the region.Prof Woodford gave the example of Lake Taupo beef farmers Mike and Sharon Barton, who, when facing  tight restrictions and many environmental costs around farming in the area, decided to take control of the business from production to consumer, and got consumers to pay a premium.

They were selling their product in restaurants in and around Taupo for  a premium, with a simple story based on the sustainability of how it was produced. They were also now selling into five supermarkets in Tokyo.

"I think what Mike and Sharon are doing there is interesting in terms of what people can actually do to take control of their own destiny and do so at different scales," he said.

Prof Woodford cited Tillamook, a dairy town in Western Oregon, which had had its own branded products for 93 years.

Those farmers supplying the local co-operative received a  40%-50% premium on what most Americans farms received, simply because of the branding, Prof Woodford said.

However, in most cases it was the marketers that were making the vast majority of the profit, followed by the processors and then the producers.

"Whoever owns the brands always makes the profits," he said.

He saw an opportunity for a collective approach  in the Hakataramea Valley region, including creating brands, with a view to marketing sheep meat in China and the US.

He did not believe the New Zealand image could be relied upon to "get us there" and it would be crucial to work with people who understood international markets, Prof Woodford said.

He believed the meat industry was in a healthier position than it was three or four years ago "but that doesn’t mean to say it’s the only way of doing things".

He also believed there was potential for tourism in the Hakataramea Valley. Tourism had become a key land use in many areas of the high country and there were opportunities in the valley, including possibly mountain biking in the "magnificent environment".