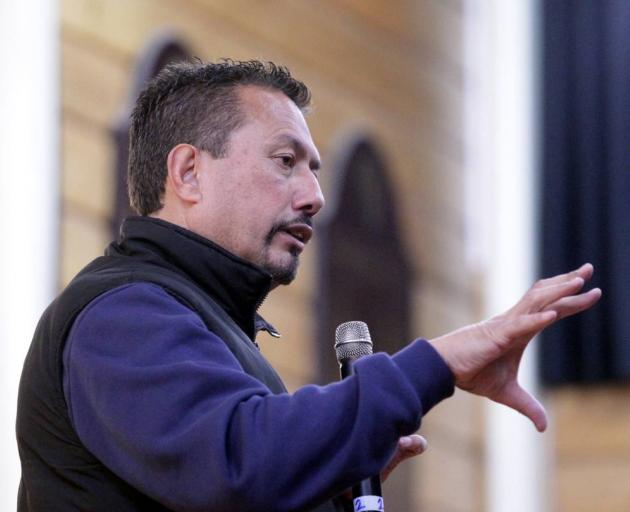 "That is a phenomenal effort for Kiwis outside Auckland. It’s absolutely brilliant. We can’t be more grateful.

"We are so thankful rural New Zealand has come on board and really showing the rest of the country what is possible."

The sale of 138 calves at the Lorneville stockyards last month was one of several held nationwide, with about 1000 calves sold nationally.

Dairy farmers would mainly donate weaned bull calves for sale to be finished being raised as beef.

"This time our biggest city was in complete lockdown, and provincial and rural New Zealand took Gumboot Friday on their shoulders and we are likely to clock $2million out of it."

Mr King believed rural New Zealand had led by example in the face of a lot of criticism.

"They have risen up silently and do their thing.

"These people have been getting smashed by the biggest city in the country. They’ve brushed it all off and gone, ‘You know what, your kids need help, just like our kids need help, so we’re going to put all that bitterness to one side and do this because it is the right thing to do’."

Mr King believed when the Government chose to fund a gang-based drug rehabilitation programme, but denied funding to the Key of Life Charitable Trust, it created public backlash.

"When the Government said we are not donating to Gumboot Friday ... but gave money to the Mongrel Mob, [it] really just stuck in the craw of most New Zealanders."

The May 2021 Gumboot Friday, held while the nation was not in full lockdown, raised $985,000 nationally.

Gumboot Friday was well supported for two reasons: because people recognised there was a genuine need and knew the money raised was going to help children who needed counselling; and every donated dollar went towards the cause, not on other costs, he said.

The trust was maintaining its administration costs at 9%.

"So when it’s coming out of your pocket, I am going to save every cent."

It was hoped the calf donors would come back on board for the 2022 Gumboot Friday events in May and November.

Low-population areas like rural Southland, people know or know about people who are doing it hard. A breakdown, a hospital admission - a suicide - is seldom a statistic. It's a brother, or a neighbour's cousin's stepmother's sister-in-law's eldest, a person with a name and family. Detachment is difficult, conversations about abstracts and statistical probabilities are inappropriate.
It's sad that NZ has paid for progress with the growth of huge urban silos, social groups that might as well be in gated communities even within the same towns for all they know about each other.