By Steve Hepburn
0 Comments
Joan Merrilees is showing no signs of slowing down.

It is a well-deserved honour for an athletics coach who has been in and around the sport most of her life.

She still coaches and spends her summer at the Caledonian Ground. 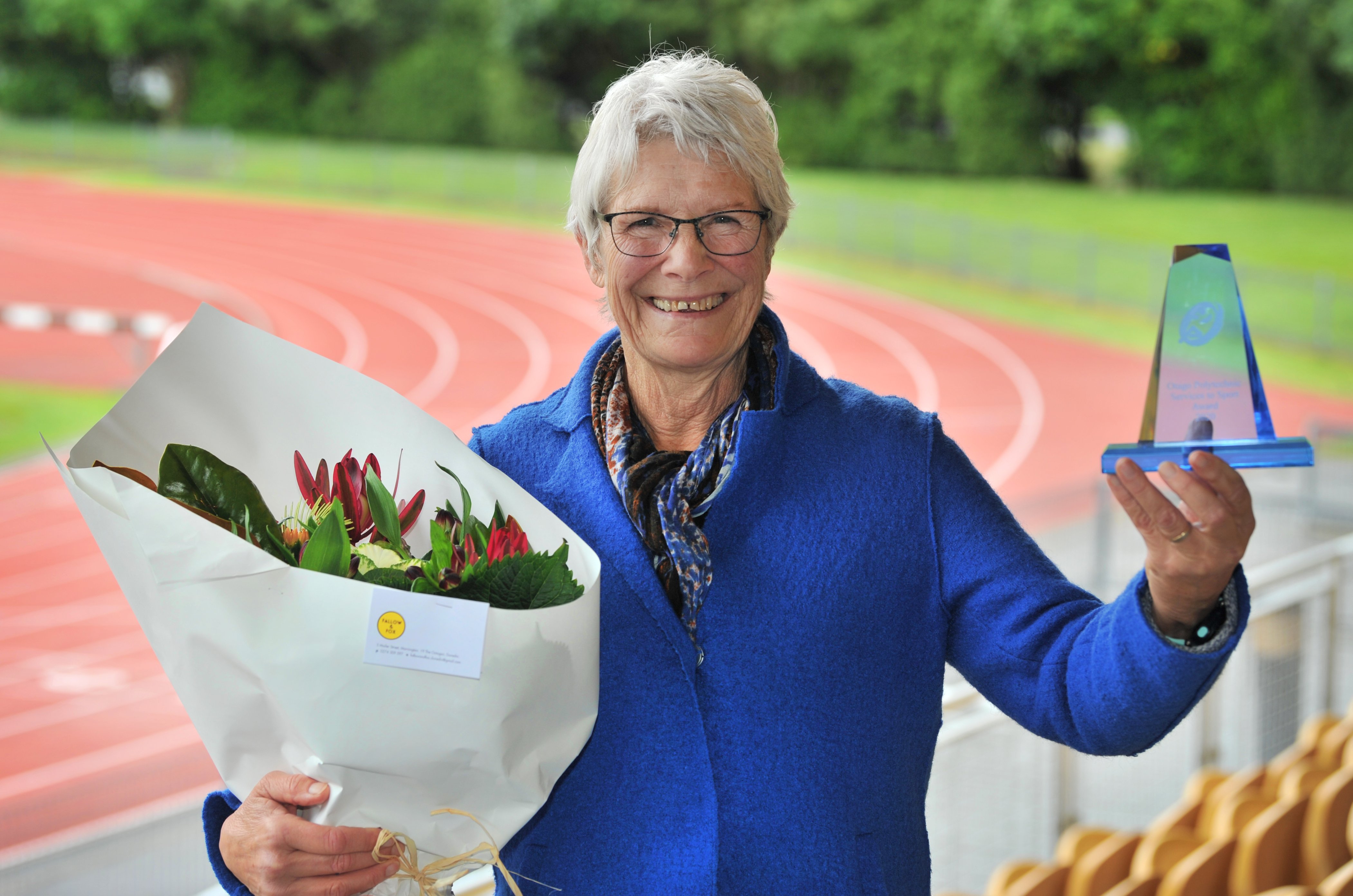 Service with a smile ... Joan Merrilees has won the Otago Polytechnic Services to Sport award. PHOTO: CHRISTINE O’CONNOR
She also admits her husband, Alex, a retired farmer, is the cook of the house, as she is never home from 4pm-6.30pm as she is tied up with training.

Merrilees was brought up in Kaitangata and participated in athletics as a child. She then switched to netball but, when her four children came along, she was drawn back to athletics.

As her children became more involved, so did she and she took up coaching.

She undertook a distance degree in sports and exercise bwith Massey University, then a graduate diploma in advanced physical conditioning and a masters in physical education in the female elite arena.

‘‘They were great to do and helped, I think, in my coaching — just gives you more knowledge around it,‘‘ she said.

‘‘I just love seeing the kids. How they go from being skinny, gangly kids into mature young people. How they grow, how they interact with others.’’

She said coaching took up a fair bit of time, although it was not as bad in winter.

Much time was spent planning and working with athletes. She coached about 35 athletes, mainly teenagers, although there were other coaches in the group.

She has coached athletes who went to the Oceania Games but it was about all the athletes and not just the ones who went on to the national or international stage.

Jumping events are her specialty - long jump and triple jump - and she has also added high jump, which is technically a tough discipline.

She was made president of Athletics New Zealand last year and said it was a busy and enjoyable role. She had learnt much about the governance of the sport.

Covid-19 had hit every sport and athletics was no different. She said the sport would undergo changes but should come back stronger as it will have learnt things over the past couple of months.

She paid tribute to her four children, 11 grandchildren and especially her husband, Alex.

‘‘He has been fantastic. Letting me coach all this time. He had chipped in too. Just does all that stuff in the background, works with the DCC and looks after some of the gear.’’

Otago Polytechnic is delighted to be a sponsor of the services to sport award and congratulates all finalists.

The award aligns with the core values of the polytechnic and the importance of service to the community that this award highlights.

‘‘Without the generosity of time and expertise of the finalists, sport would be the poorer for it,’’ a spokesperson stated.