By Adrian Seconi
0 Comments
Lars Humer reckons he does some of his best coaching in the car park.

His swimmers would disagree. So, too, would Swimming New Zealand which named him coach of the year and appointed him to lead the national team at the Tokyo Olympics.

The Swim Dunedin head coach has been named Otago Community Trust Coach of the Year in the ASB Otago Sports Awards.

It caps off an impressive 12 months for the 58-year-old.

But Humer’s work on the side of the pool, not the car park, and the development of his star swimmer, Erika Fairweather, stood out.

"I’m very thankful and it is a nice thing to receive an award," Humer said.

"But I’m also very, very aware that I don’t do it on my own.

"I have really good staff and there is a community out there that supports our programme." 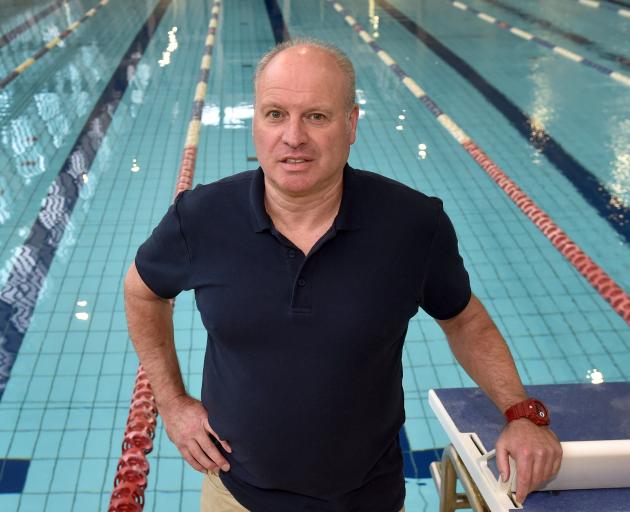 Swim Dunedin coach Lars Humer at his office — Moana Pool — earlier this week. He has been named Otago Community Trust Coach of the Year in the ASB Otago Sports Awards. PHOTO: PETER MCINTOSH

Humer, who represented New Zealand in open water swimming and lifesaving, learnt his craft under the watchful gaze of the late Duncan Laing.

And it was "Mr Laing" who was there again when Humer left school and to become a swimming coach in the late 1970s.

But there is another working relationship which Humer has come to value highly.

"He’s an important person for my coaching. We don’t have a lot of formal meetings but we have our car-park meetings when we are leaving work.

"We probably end up spending 10 minutes in the car park reviewing how the day went, what is on tomorrow and what training sets do we do.

"Those informal moments [are] sometimes when you do your best coaching."

Humer can point to many highlights in the past year, but one swimmer in particular stands out — world junior champion Fairweather.

"Certainly, Erika doing the Olympic qualifying time was a highlight in February at the Victorian State Championships. While that wasn’t an official qualification because we had to do it at the trials, which we never got to because of lockdown, the fact she was able to achieve the time four or five weeks out from trials was big.

"And her junior world title was pretty big as well. [Her time] put her among the right people in the world."

What makes Fairweather so special was the intensity she was able to produce every time she got in the pool.

"If you are performing and training regularly and doing the sort of times you want to hit on a regular basis, then race days become just another day.

"That is the secret to any training programme. It is the old train hard, fight easy approach."

The Otago Community Trust said coaches were the backbone of many sporting organisations, and that thanks to their contribution: "Otago continues to punch above its weight on the world stage and in the medal tables".