By Adrian Seconi
0 Comments
Wanaka freeskier Craig Murray was a little overwhelmed to join the likes of All Black Ben Smith and Olympian Hamish Bond as an Otago sportsman of the year award winner.

The 22-year-old is not exactly a household name and competes in a niche sport.

But he shares many of the same qualities as the other men and his efforts on the Freeride World Tour this season gave him the nod ahead of para skier Adam Hall and Black Stick defender Kane Russell at the 2020 ASB Otago Sports Awards.

"It just feels great to be recognised for my results and what I do," he said.

"It is really special to achieve the award alongside the likes of a former All Black and an Olympic athlete." 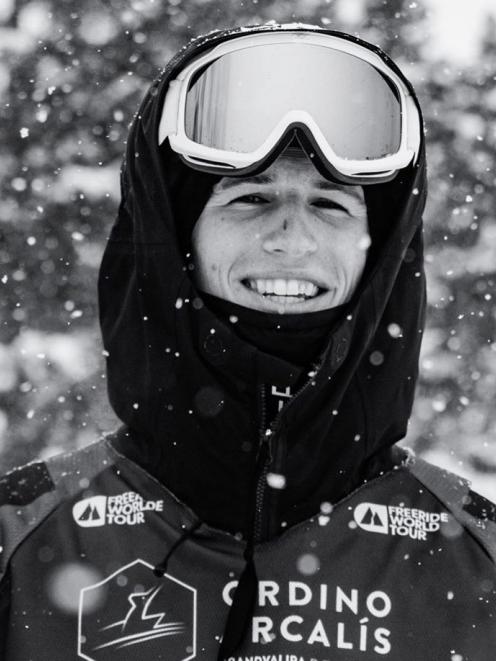 Wanaka free- skier Craig Murray is all smiles before barrelling down a mountain. PHOTO: FREERIDE WORLD TOUR
"I hope it inspires other kids to follow their dreams, not just in skiing but other minority sports as well."

The world No4 produced a near flawless run in Austria in March to claim his second title on the FWT. But before he barrelled his way down the mountain he had to suppress a few ugly memories.

As he looked down the mountain from the top of his mark, he could see the spots where he had crashed out in the two previous events at the venue. He also had to cope with the added pressure of needing a strong performance to make the cut for the finals and to qualify for the 2021 FWT.

"I had no idea how the day was going to go and I had a lot on intense feelings as it was the same peak I had hurt myself on the year before and put myself out of the rest of the tour.

"I broke my heel and was on crutches for a couple of months. It has only just come right in the last few months and I still felt my heel on that day."

"I definitely had a bit of a vendetta. It was crazy at the top. I’ve never felt like I had to try so hard to stay focused."

Murray pulled off two impressive tricks on the top half of the course, including a wonderfully executed 360.

When he got to the finish line he knew he had had a tremendous run and his score of 96.67 reflected that.

"That was pretty insane to have the judges give me that score. I’m pretty hard on myself and always think I can do better but I had a really good feeling about that run.

"But you never really know how you are going to go."

Murray joins the other category winners in the finals for the supreme award which will be announced tomorrow.