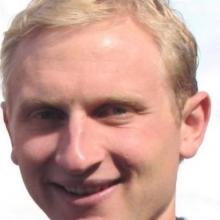 Hamish Bond
Double Olympic champion Hamish Bond is leading the charge in the vote for sportsman of the decade.

As part of this year’s ASB Otago Sports awards, there is also a vote for the Otago athlete of the decade, featuring seven winners from the Otago sports awards from the last decade.

Bond, who won gold in the pair with Eric Murray at the 2012 and 2016 Olympics, is in front as voting reaches the home straight, and has more than 30% of the vote. Ben Smith and Brendon McCullum are equal second and not too far behind.

The award will be decided by public vote via the Otago Daily Times website, www.odt.co.nz. The vote closes on June 3 and will be revealed on June 6 when the supreme award for the 2020 awards is also announced.