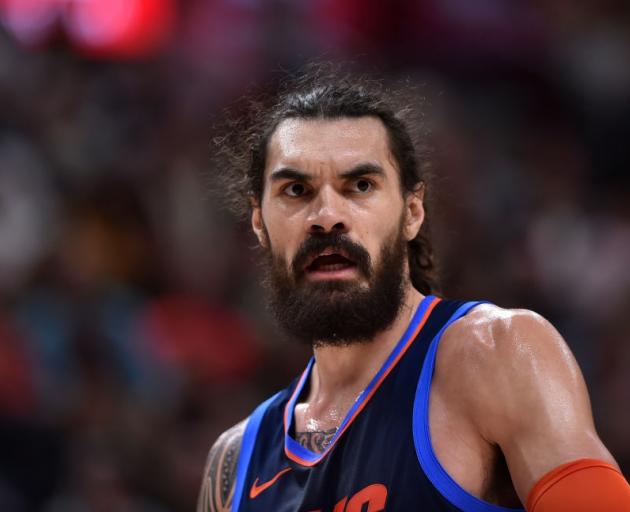 The NBA franchise announced the arrival of Adams who makes the move from the Oklahoma City Thunder where he was played since 2013.

"Please help us welcome the two newest members of the family! Steven Adams and Eric Bledsoe".

"Steven Adams and Eric Bledsoe are not only fiercely competitive and driven to succeed at the highest levels, they are proven winners with a team-first mentality," Pelicans Executive Vice President of Basketball Operations David Griffin told NBA.com.

"As we continue to build toward the sustainable success our ownership demands and our fans so richly deserve, we are grateful to be able to do so with such high-quality teammates and human beings."

The Kiwi centre has reportedly signed a two-year $US35 million ($NZ50 million) deal that will keep him under contract at the Pelicans until the end of the 2022-23 season.

On Saturday the 29-year-old was part of a large four-team trade involving the Denver Nuggets and Milwaukee Bucks that saw the Thunder deal him and bring in five new players and three draft picks. He had previously spent all seven seasons in the NBA with the Oklahoma City franchise.

The move was confirmed on Monday.

The contract is fully guaranteed and is set to tip Adams' career earnings to north of $US140 million.

Adams initially had one year at $US27 million ($NZ38 million) remaining on his contract which was absorbed by the Pelicans, but now has two more years tacked as the Pelicans indicate the Kiwi centre is part of their future.

Within the trade included former New Zealand Breakers guard RJ Hampton, who was sent from New Orleans to Denver on the day of the NBA draft. Hampton was selected 24th just last week in the draft and will make his debut this coming season.

So far, there's been a mixed reaction to the move on social media.

"You know how you can't shoot? And run like your feet are in cement buckets? Here's 35 million more," one fan wrote.

"Are people not realizing how good of a player he is, both on the court and off of it? 17.5 is nothing for somebody who will do everything most players won't do... people need to relaaax," wrote another.

Adams joins the Pelicans after some strong seasons with the Thunder, averaging 12.9 points and 9.3 rebounds a game across the last three seasons.

His playoff experience will come in handy for a franchise beaming with talented youth and eyeing continual playoff runs in the future. Just once in his career has Adams not played in the NBA postseason.

He also forgoes the chance to enter free agency in 2021 and choose where to play amongst the teams that showed interest.