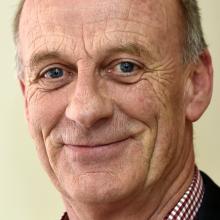 The appearance of Kernaghan will be a big boost to the prestigious tournament first held as part of Dunedin’s annual Festival Week in 1955.

Kernaghan, who played a key role in the Black Jacks fours team that outclassed Australia in the final earlier this month,  is in a four skipped by tournament director Bryan Buchanan.The other members of the team are Kerry Becks (Christchurch) and Jim Mahuru.

Danny O’Leary, whose life was saved by the efficient use of a defibrillator after he collapsed at the Kaikorai green last year, is back.

He is a member of Graham Allan’s Kaikorai four with Steve Pulley and Mike Cranstoun.

"Danny had an operation and now has a built-in defibrillator," Buchanan said.

The South Otago combination of Wynston McLachlan, Wynette McLachlan, Sandy McNoe and Graham Hislop finished runner-up last year and will be in contention for the title.

The in-form Geoff Wilson, who skipped the winning Kaikorai team last year is back. Other contenders include teams skipped by Regan Larkin (Kaikorai), Ken Walker (Taieri) and John Cross (Fairfield).

A feature of the tournament will be the return of former internationals Stewart and Duncan McConnell. They won their third Festival Fours title in the McConnell family team in 1979.

That was when the annual tournament was in its heyday with 120 teams. It was the 25th anniversary of the tournament and future world champions Phil Skoglund and Peter Belliss  competed in the event.

This year’s team will be skipped by Sean McConnell (33), who is the son of Stewart and the third generation of the McConnell bowls family.

Sean started bowls when he was a pupil at Otago Boys’ High School and won a medal in the singles at the inaugural New Zealand secondary schools championships in Hamilton 18 years ago.

He studied for his PhD at Cambridge University and rejoined the Kaikorai club when he returned to Dunedin three years ago as a lecturer in classics at the University of Otago.The event has been organised by the Kaikorai Club since 2005 after the Kaituna club went into recess.

It used to be held over five days with all games over 25 ends and was popular with out-of-town teams who  enjoyed having a week in the city.

The numbers are not as big as a decade ago, but this has been the trend for events organised by clubs over recent years.

The Kaikorai club is determined to keep the event alive because it is one of the longest-running events organised by a club in New Zealand bowls.

Eighteen entries have been received for the tournament.

"We will accept further entries until noon on Sunday," Buchanan said.

"It is an important event on the Bowls Dunedin calendar and we want it to continue."

The format will be different this year with five games of 1hr 30 min in section play. The top eight teams on a points system advance to the main event and the other teams compete in the plate.

Play will start at the Kaikorai and Balmacewen greens at 8.30am on Monday and Tuesday. The final will be on Tuesday afternoon.

Late entries for the 61st Dunedin Festival Fours will be accepted until December 31 and should be sent to Buck Buchanan,  telephone (03) 466-7666.