Coach hoping Sparks can use win as springboard 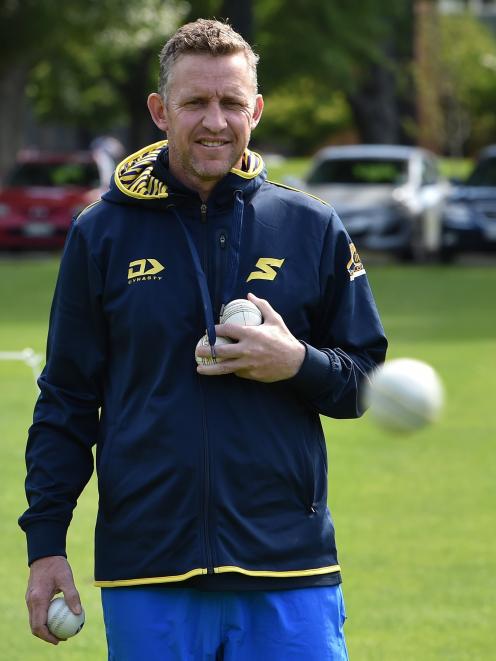 What the Otago Sparks needed more than anything was a win and they got that on Saturday with a six-wicket victory in a rain-affected match against the Northern Spirit at Bay Oval.

"Some of the things we’ve been talking about, the players put into action which was really pleasing from a growth point of view.

"I’ve talked a lot about us getting better from each experience and we saw that.

"The other thing I was really pleased with was they weren’t afraid of the pressure."

The Sparks certainly put themselves under pressure.

They did well to restrict the Spirit to 97 for four. The Duckworth-Lewis-Stern calculations left them chasing 102 for the win but they slumped to 33 for three and had slipped well off the pace.

But White Ferns all-rounder Hayley Jensen smashed 32 from 17 deliveries and Caitlin Blakely added 32 not out to help seal victory.

"The rain came at the right the for us, to be honest. We bowled pretty well but they had a bit of momentum going their way.

"But we saw after the rain break the difference the spinners made, so I was delighted with our last five and a-half overs.

"We did get into trouble with the bat but we just needed one good innings and Hayley gave us a bit of impetus and Caitlin did a fantastic job to bring us home.

"To be able to sit back and reflect on a win, especially after the Spirit beat the Blaze the day before, will give the girls a huge amount of confidence. But it also gives them a reward for all the hard work they've been putting in.

"Hopefully, that keeps motivating them to keep wanting to work hard."

The innings Jensen played is nothing less than what is expected of the international. But Blakely has emerged as a real threat with the bat this season.

She is the Sparks’ leading scorer in the Hallyburton Johnstone Shield with 205 runs at an average of 41.

"I’ve always thought Caitlin could really play. She has a very good technique, she has good shot options and part of it is just confidence.

"And now she is getting confident."

The Sparks will host the Central Hinds at the University of Otago Oval on Friday.

There will be a couple of changes. Molly Loe and Saffron Wilson will be released to play in the national women’s under-19 tournament which gets under way in Lincoln tomorrow.

They will be replaced in the squad by seamer Marina Lamplough and spinner Bhagya Herath.