By Adrian Seconi
0 Comments
The Women’s World Cup starts in March and new Otago recruit Kate Ebrahim would like to be involved.

The 30-year-old joined team-mates Suzie Bates and Hayley Jensen in a backyard game of cricket on the lawn at Olveston Historic Home yesterday.

The event was organised to mark 100 days until the World Cup.

Ebrahim has been out of the White Ferns one-day side since 2018 but has been in commanding form with the bat.

She was the leading scorer in the Hallyburton Johnstone Shield last season.

She score 480 at an average of 60, including two centuries, and was instrumental in helping Canterbury claim the one-day title.

The right-hander shifted south with her husband, Volts coach Dion Ebrahim, and daughter, Sophia, this year and has picked up where she left off.

Only Canterbury’s Amy Satterthwaite (242) has scored more runs, while Sparks team-mate Katey Martin has also scored 240 runs but without getting out. 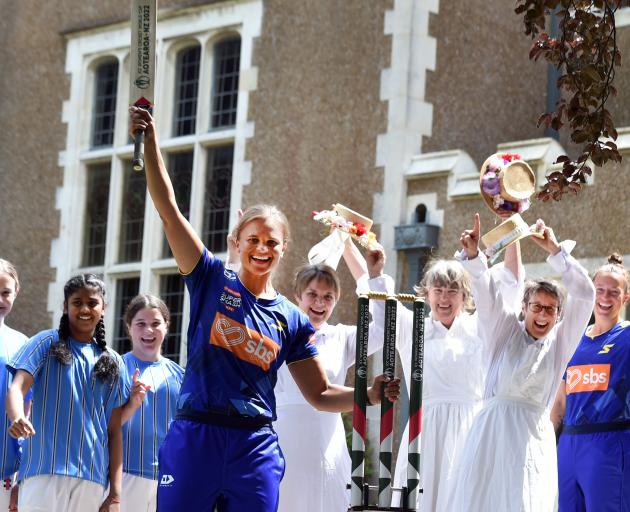 That form saw Ebrahim included in the national T20 side this year for the first time in three years and should get her a ticket to the World Cup as well.

"I guess everyone wants to be a part of the White Ferns, especially during a home world cup. That’s a huge dream for a lot of people." she said.

"But it is out of my hands. All I can do is continue doing what I’m doing — scoring runs and helping my team."

Ebrahim said she has had "minimal" communication from the selectors.

"Selection is in their hands, but I know I’m here scoring runs, so I’m happy with that."

The Sparks will switch from one-day to twenty20 mode this weekend.

They are hosting Central Districts in a Super Smash game at the University of Otago Oval on Sunday.

The forecast suggests there is an 80% chance of rain.