Hardwork ahead for captain Duffy 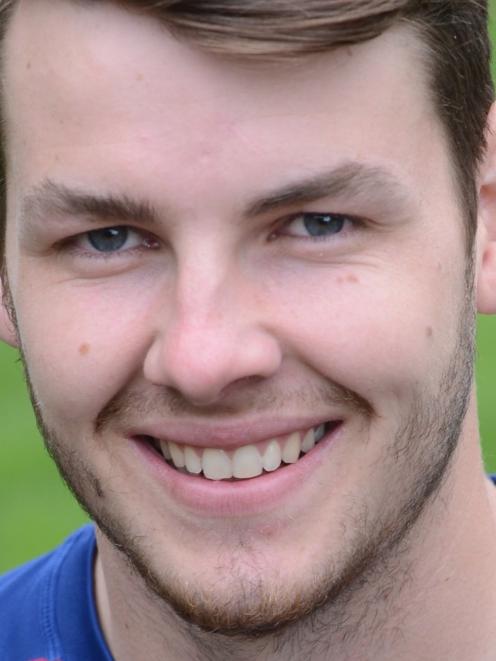 Jacob Duffy.
Still think of Jacob Duffy as the 17-year-old school kid from Southland who took three wickets in his first spell of top level cricket?

It was quite some debut. It was a televised twenty20 match and among Duffy's victims that day was Black Caps skipper Kane Williamson.

Duffy appeared on the fast track to success, and he has certainly had some purple patches throughout the years.

But he has had to battle as well. He took a break from competitive cricket during the 2016-17 season to remodel his action after he had picked up some bad habits.

He emerged a more consistent bowler and this year has been charged with leading a young attack now missing potent left-armer Neil Wagner.

And today the 24-year-old has been bestowed another honour - he will captain his province in a Plunket Shield match against Wellington at the Basin Reserve.

He is filling in for Mark Craig, who had a family bereavement and is unavailable.

''Obviously it is not nice for Mark to be missing like this,'' Duffy said.

''But I've got to fill in the best I can and it is pretty exciting for me. If you told me a couple of years ago I would be in this position I would not have believed you.''

Duffy, who will be playing his 50th first-class game, afforded himself a wee chuckle when asked about his previous captaincy experience.

''Not a lot since high school. I've done the odd warm-up game and we did play around a bit with it during the preseason. And I was vice-captain last week.

''But I guess my leadership role over the years has gradually increased ... so there is a little bit of leadership experience there.''

Duffy said he will look to former captains Brad Wilson and Hamish Rutherford for support in the field.

''I guess when you are a bowler, you just go with the flow and chew some grass between overs. Now I'll be under the pump and have to make the decisions.

''But I'm pretty confident. I've got a good group of guys around me ... and I've made it clear to them to let me know if they see me making any mistakes.''

Duffy has an easier task than if he had the role last week. Otago played a stacked Northern Districts side featuring six Black Caps, and lost by eight wickets.

Duffy described the game as one of Otago's ''better losses'' in the sense it was a valuable learning experience.

''There is so much to take out of it playing against a class unit like that. For me that was a taste of what test cricket might be like.''

Wellington do not boast the same amount of firepower, but have nonetheless named a strong side featuring some familiar faces.

Former Otago batsman Michael Bracewell is captaining the side, and talented all-rounder Jimmy Neesham made the move to Wellington this season after a seven-year stint in the South.

The pair posted half centuries in the drawn season opener against Auckland at the Basin Reserve, and will be keen to continue that form against their old side.

Warren Barnes takes the spot vacated in the 12 by Craig's absence. The fast bowler made a strong impression in his two opportunities at first-class level last season, and it will be interesting to see what he can achieve with the wind at his back.

Duffy may be captain and the leader of the attack, but will not delegate his share of trundling into the venue's notorious breeze.

''I might have to do the donkey work there for a bit. We also have a couple of other bowlers who can do that job too.

''Now I'm skipper I can make those decisions myself. But I won't shy away from that work. You know you have to do it in Wellington.''