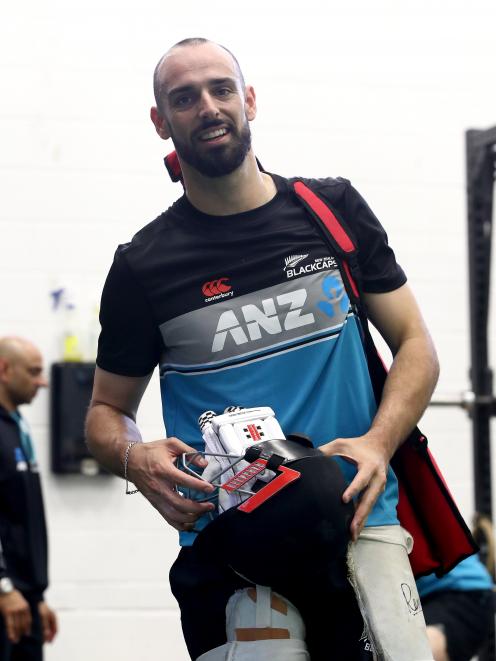 The duo replace Colin de Grandhomme and Ajaz Patel for the side’s series against the West Indies which begins in Hamilton next Thursday.

All-rounder De Grandhomme was ruled out of the series with bone bruising on his right foot and was replaced by Mitchell.

Ajaz Patel’s left calf tear has improved, but he will not be available for the first test.

Mitchell Santner has been called in to cover the spin spot.

"The unavailability of Colin and Ajaz has obviously had a flow-on effect to our T20 squad who are providing the replacement players for the test squad,” Black Caps coach Gary Stead said.

"I highlighted last week how tight and complex the schedule was — so when you throw in some injuries, it really begins to challenge how you juggle your resources.

"Mitch and Daryl will be available for the final T20 game, before linking up with the test squad on Tuesday where we will monitor them closely to ensure they’re fit and fresh ahead of the first test on Thursday.

"They both proved last summer in the tests against England what they can do in our conditions with Mitch scoring a century and claiming three wickets at Bay Oval, while Daryl produced a polished half-century on debut at Seddon Park."

De Grandhomme would now target the Boxing Day test, against Pakistan at the Bay Oval, for his return.

A call would be made on Patel before the second test in Wellington.

Before that, the Black Caps will play three twenty20s against the West Indies, the first tomorrow night at Eden Park.

Several test regulars, including T20 skipper Tim Southee, will miss the third match, as there is only two days’ rest between that and the start of the first test.

Santner will captain the side in the third match.

All of the New Zealand and West Indies players in isolation in Christchurch have tested negative for Covid-19 and are due to be released as scheduled today.

About 20 players and support staff from both sides arrived in New Zealand after their commitments in the Indian Premier League and underwent a 14-day mandatory isolation period.

They were able to train in small groups after their first Covid test and had three tests while in isolation.